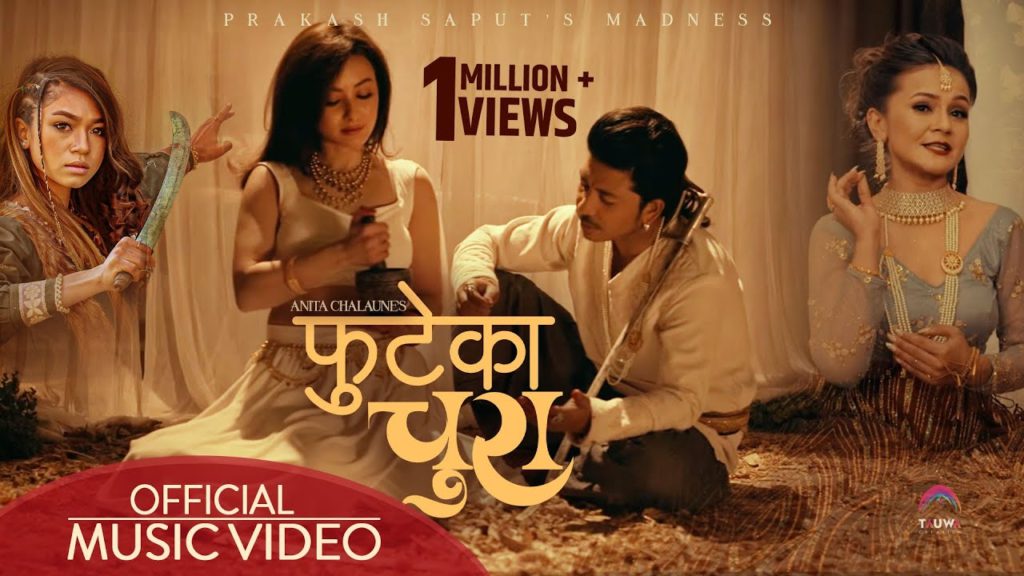 The new song by Prakash Saput and Anita Chalaune, “Phuteka Chura” is trending second on YouTube. Saput released the song through his official YouTube channel on November 30. The song has already collected more than 1.4 million views and has been rising on the trending list.

Talking about the song, Saput has also written the lyrics and the music for it. We can hear the chorus on the vocals of Babukrishna Pariyar, Aakash Nepali, Amit Sunar, Smriti Shahi, Puspa Bohora, Sunitami Pariyar and Anjila Regmi. Similarly, Yogesh Kaji has done the arrangement and background score. In a similar way, Bhuwan Gandharva has worked on the tabla and the madal. Sanjeev Baraily, Gopal Dev and Dharma Gandharva have played the guitar, the flute and the sarangi respectively. Shyamshwet Rasaily has done the mixing and the mastering of the song.