Cobweb is Going to Celebrate Their 30th Anniversary at Scala, London - Nepali E-Chords
X
Back to the top

Cobweb is Going to Celebrate Their 30th Anniversary at Scala, London 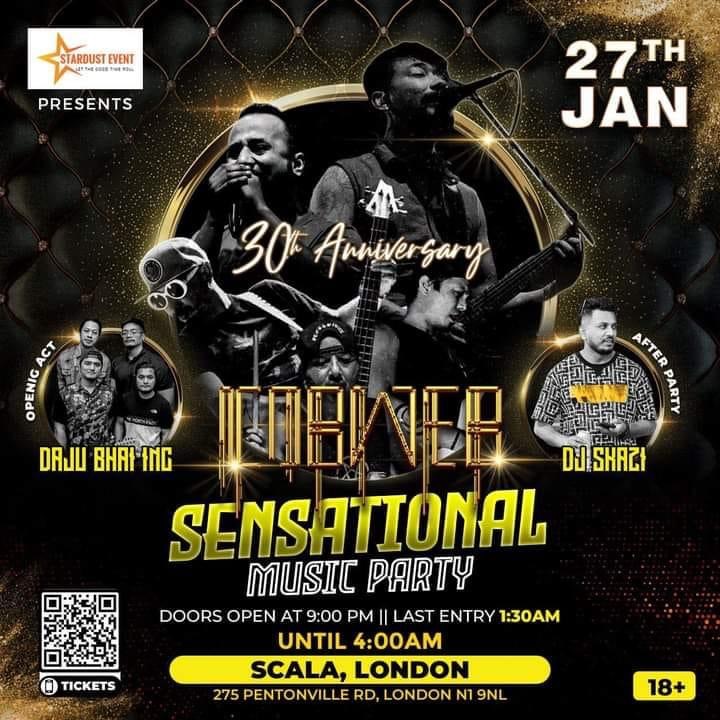 Kathmandu- On 27th of January 2023, there is a live concert of Cobweb. On the occasion of Cobweb’s 30th anniversary, they are going to perform at Scala, London. The door will open at 9:00pm and the last entry is till 1:30 am until 4:00 am. The opening act is going to be of Daju Bhai Ing. The event is going to be presented by Stardust Events.

Three decades have passed since Cobweb first began to dominate the Nepali music industry. The band has so far performed more than 5,000 shows, issued eight albums, recorded 65 songs, and toured eight nations. All lovers of rock music in Nepal can take inspiration from Cobweb, one of the genre’s pioneers.