Music Of Nepal - Nepali E-Chords
X
Back to the top Kathmandu- The numerous musical styles that are performed and listened to in Nepal are referred to as Nepali music. Nepal has music from more than fifty different ethnic groups, making it a very diverse nation. While several less prevalent genres have yet to be categorized, they include Tamang Selo, Chyabrung, Dohori, Adhunik Geet, Bhajan, Filmi music, Ghazal, Classical music, songs, and Ratna music. Rock, Metal, Hip-Hop, Rap, and R&B are among the popular western musical genres that frequently appear on Nepalese music charts. The Kathmandu valley is home to the vast majority of the nation’s musical ensembles. Nepalese music has been heavily impacted by Indian and Tibetan musical styles. 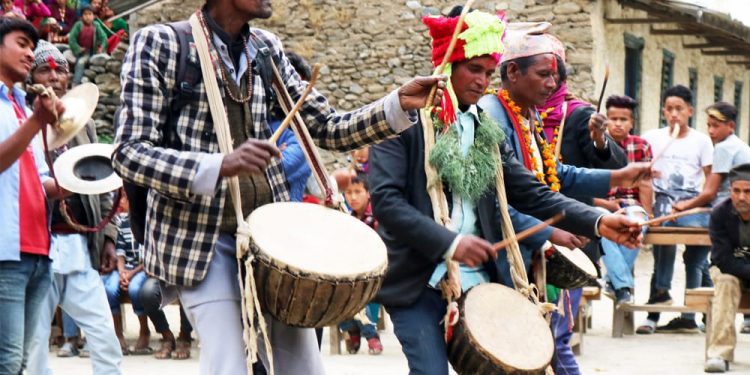 The Tamang community is well known for the Damphu, a traditional instrument. Tamang Selo music is accompanied by the Damphu and Tungna.

Dohori is a genre of Nepali folk music and has roots in the rural courtship traditions. In Nepali, Dohori literally means from both sides or a debate.

Adhunik Geet are popular songs in Nepal and are also known as sugam sangeet. These songs are soft and melodious.