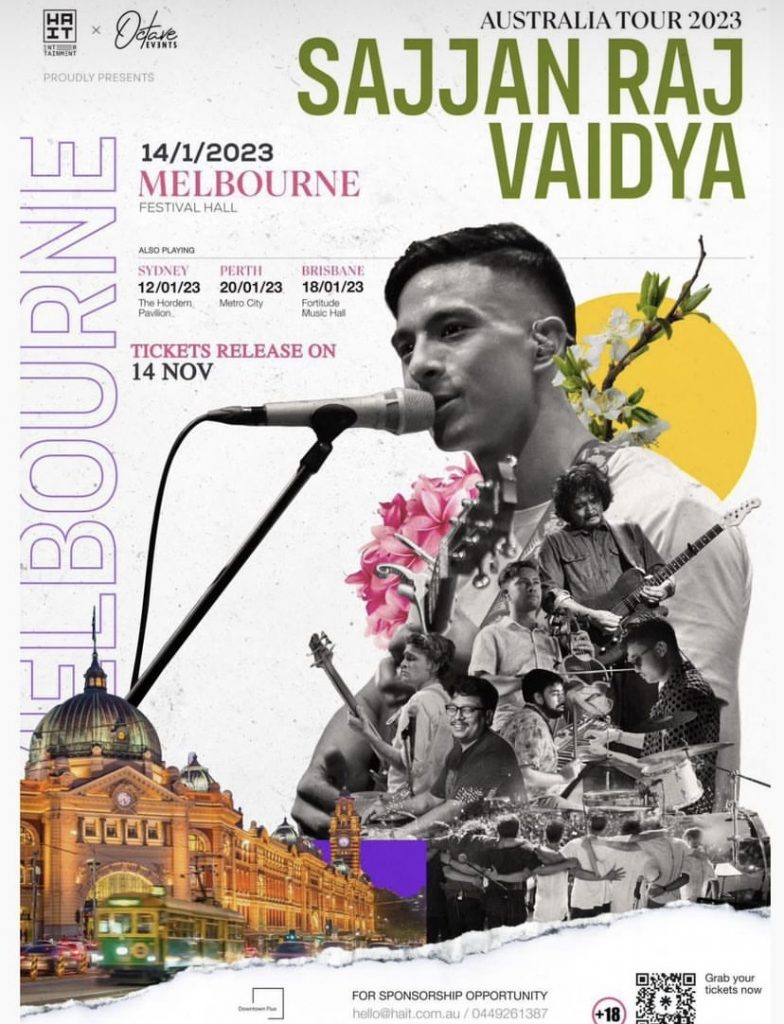 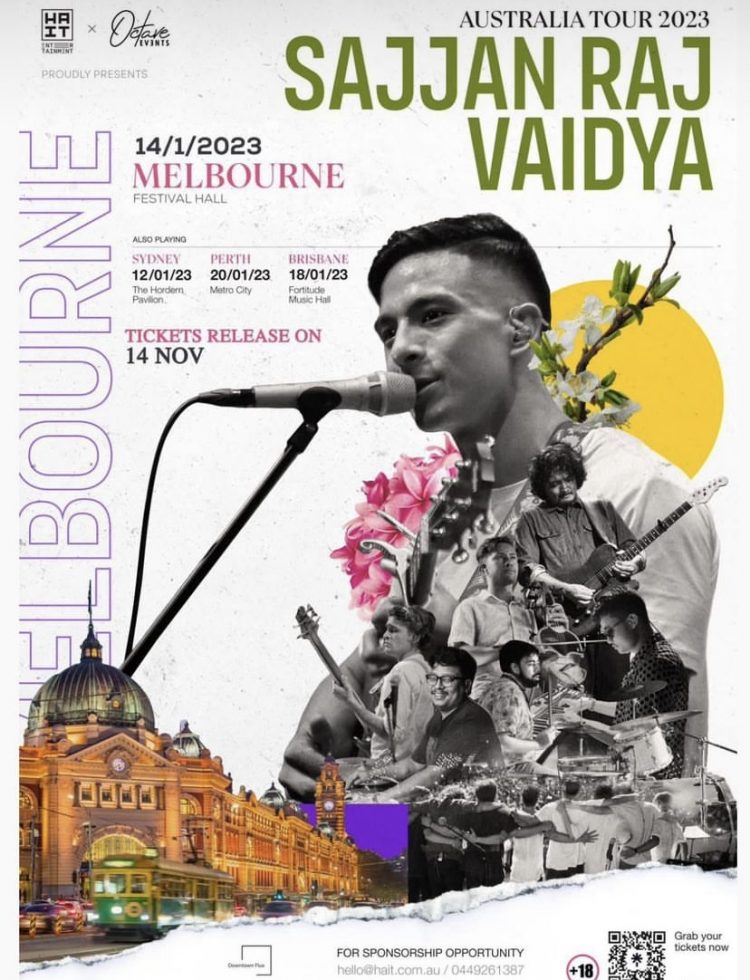 Kathmandu- On 14th of January 2023, Sajjan Raj Vaidya is going to perform live at Melbourne, Australia. The dates of his live performance have been finally published and are as follows:

The show is presented by Haitentertainment and Octave Events.

Sajjan Raj Vaidya is a New York City-based Nepalese singer, songwriter, guitarist, composer, and producer. He made a name for himself following the release of his singles “Hawaijahaj” and “Chitthi Bhitra” in addition to his first track “Aaja Matra” in 2014. “Hataarindai, Bataasindai” is one of his most well-known singles.