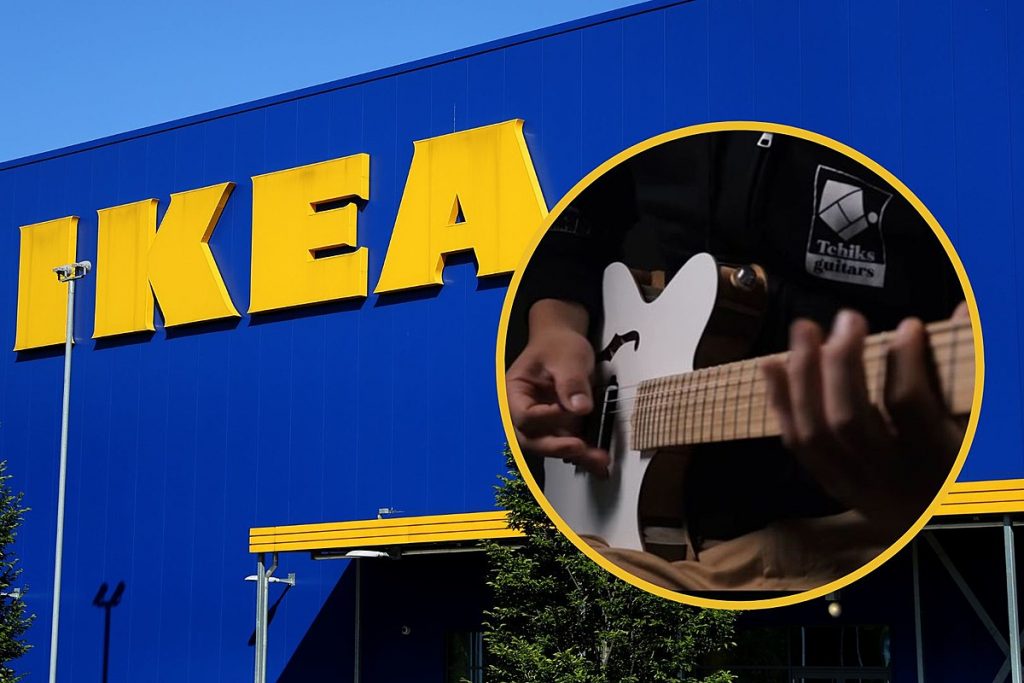 Kathmandu- Guitars can be built from almost anything. Why, just last year a metal fan turned his dead uncle’s skeleton into a guitar, and it’s only been a couple of months since a skilled Russian luthier constructed a working guitar out of McDonalds’ fries.

Enter Bisous, a.k.a. Tchiks Guitars, a self-taught woodworker from Brussels, Belgium.Not content with oh-so-predictable instruments made from potatoes or the dead, he’s made a working guitar from IKEA furniture. 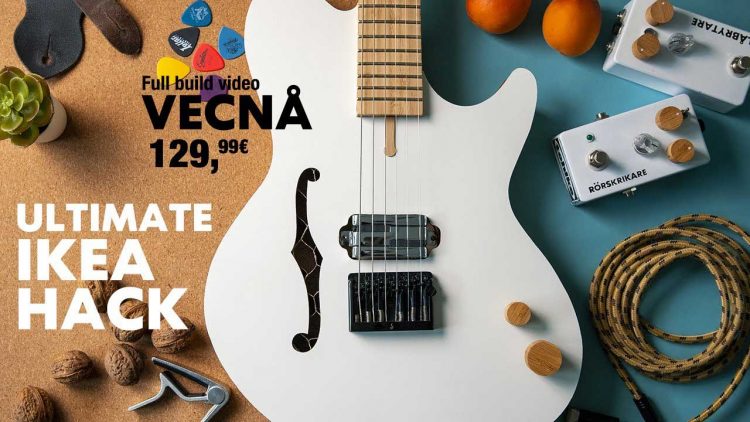 “In my original design, I was trying to emulate an actual solid body guitar, so I had to find a way to make bent sides, which is not an easy thing to do when all you have is stuff from Ikea,” says Bisous. “Another problem I had was that, to my knowledge, the only tone wood that Ikea uses is acacia, which they use in some of their outdoor furniture (and I don’t have any of those at home
“The guitar started out as a joke. I remember going upstairs and telling my wife ‘I’m gonna make a guitar out of Zoé’s old bed’. She rolled her eyes to the ceiling and asked me ‘why?’. Then I immediately thought ‘This is the way’.” 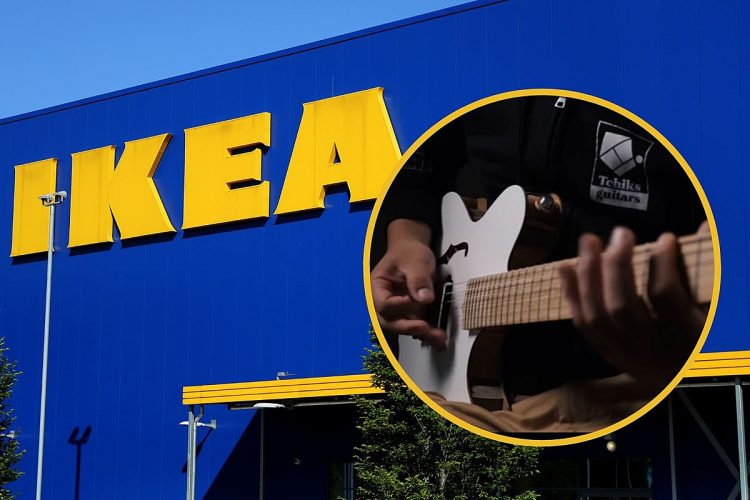 You can watch the video of the IKEA guitar being built below. And hear it, if you stay watching until the end of the clip.