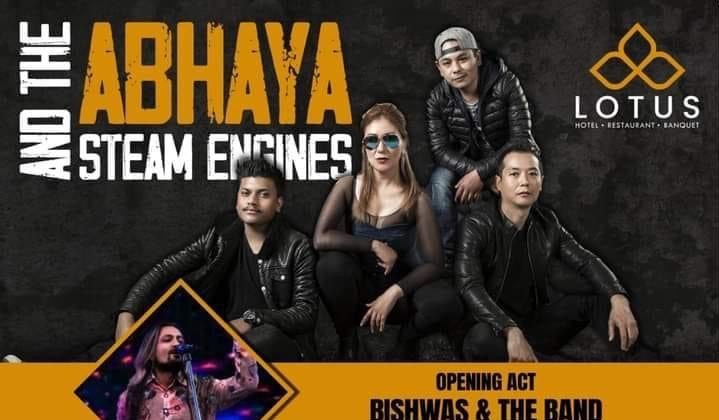 Kathmandu- Abhaya and The Steam Engines are going to perform live on 7th Bhadra 2079, Tuesday at Jhapa. The opening act is of Bishwas and the band.  The live performance is going to be held on Lotus, Jhapa. 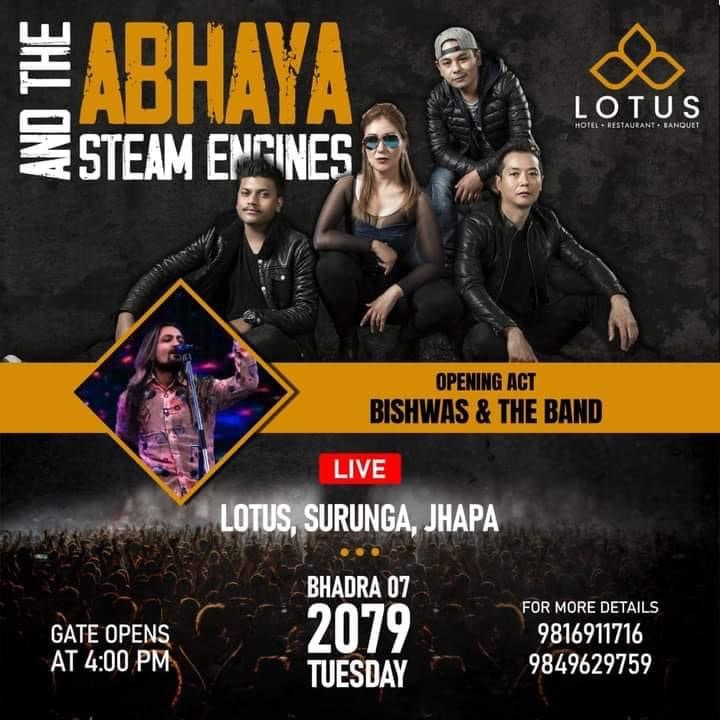 Although Abhaya and the Steam Engines have been classified as a rock band since the release of their self-titled first album in 2005, they actually lean more toward non-genre music. This band has continuously experimented with the various musical possibilities since its beginnings in 2003. They have worked to keep their sound fluid and ever-evolving, from their first hit Sakdina, which established them as a rock band, to their most recent release, “Laijau Malai” (a collaboration with DJ Bidhan and Zanrix and inspired by Lofi EDM). Even after numerous lineup changes, the band, which is led by Abhaya Subba, is recognizable for its distinctive vocal style and song compositions, as well as its longtime guitarist Rajiv Rinchen Palzar’s captivating guitar work and Nikesh Karki’s delightful keyboard work.