Some Information About Iron Maiden Train 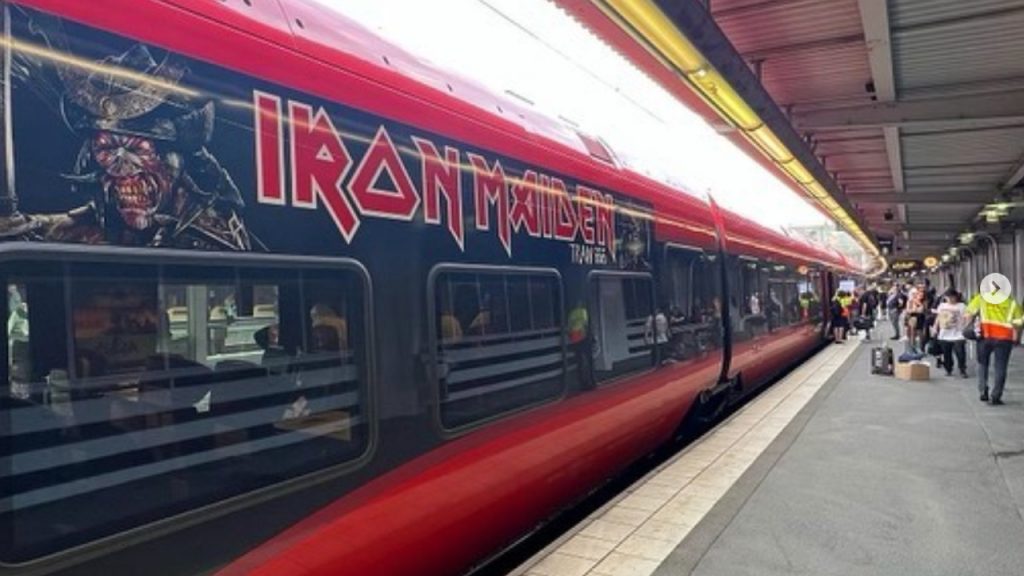 Kathmandu- IRON MAIDEN just don’t do half-measures, do they? Having spent years flying around the world on various versions of their own plane, Ed Force One, the heavy metal legends have seemingly been given an awesome addition to their vehicular collection in the shape of their very own train! 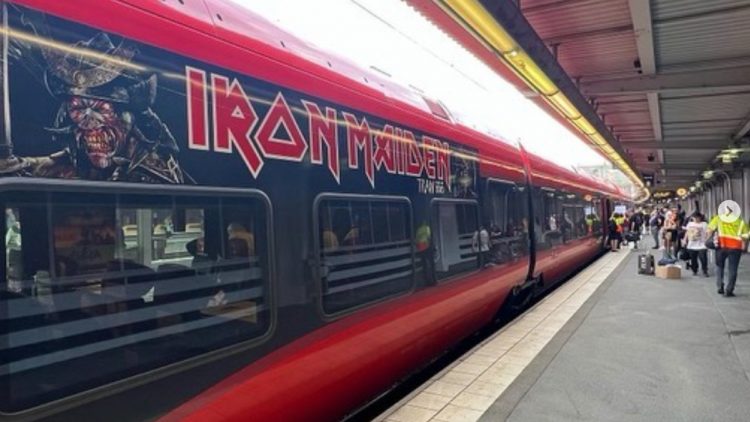 To celebrate Maiden’s much-anticipated arrival in Gothenburg on July 22 as part of their Legacy Of The Beast tour, Swedish train operator MTRX put on a special train service for Maiden fans that ran from Stockholm to Gothenburg on the day of the show. Labelled ‘Train 666’, the train was a specially dolled-up X74 74004 model, decked out in Iron Maiden regalia and filled with limited edition Maiden merch for 244 lucky passengers. The train was apparently a joint venture between MTRX and Warner Music.

“Sweden has always been important to Maiden, so we thought they deserved us to go an extra 110 percent, and we wanted to put on an experience and event for their fans,” explained Darren Edwards, international product manager at Warner Music, in a video released by SVT. “The whole band flew in early. Steve’s playing football the day before the show, as he often does when he’s in Sweden, Nicko is probably playing golf, so there’s just this special connection. They love Sweden, and they know the fans are really special over here.”

Iron Maiden continue the Legacy Of The Beast tour across Europe this month before hitting up the USA, Canada, Mexico and South America over the following months.