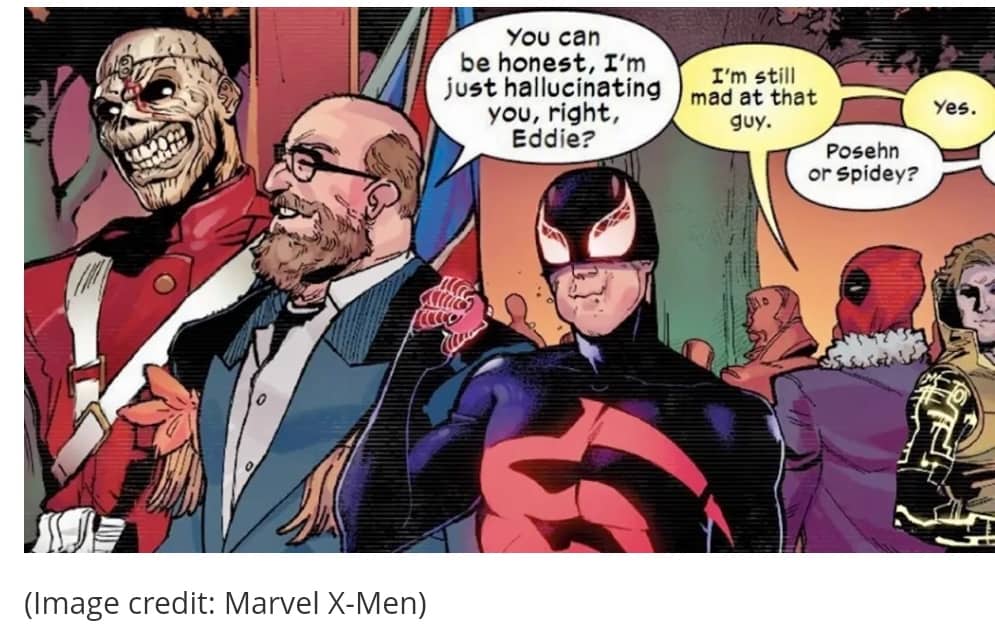 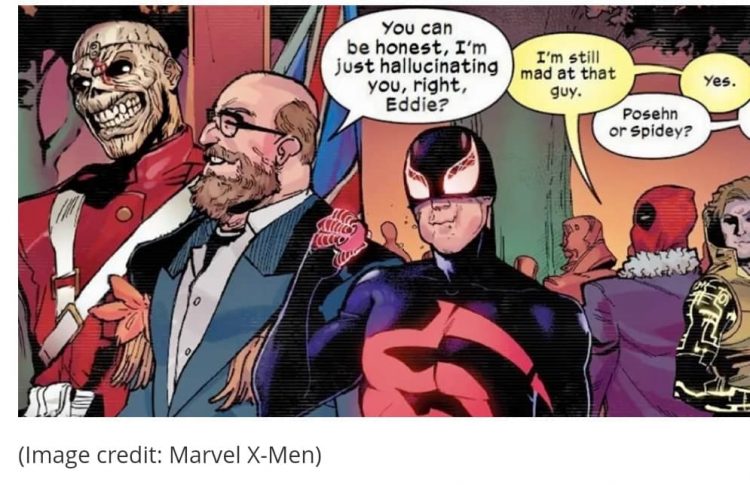 In the comic, Eddie is seen in conversation with metalhead comic Brian Posehn, who, judging my a recent tweet, has had his mind blown to be keeping such esteemed company.

After Iron Maiden’s social media accounts tweeted about Eddie’s guest appearance, the Californian comedian retweeted the post, and wrote “Um, this is crazy. My huge ass just chillin’ with “Trooper” Eddie at a Hellfire Gala. Iron Maiden and Marvel had a crazy impact on my life. And now this panel exists. Thanks to all involved and [X-Men writer] Gerry Duggan.”