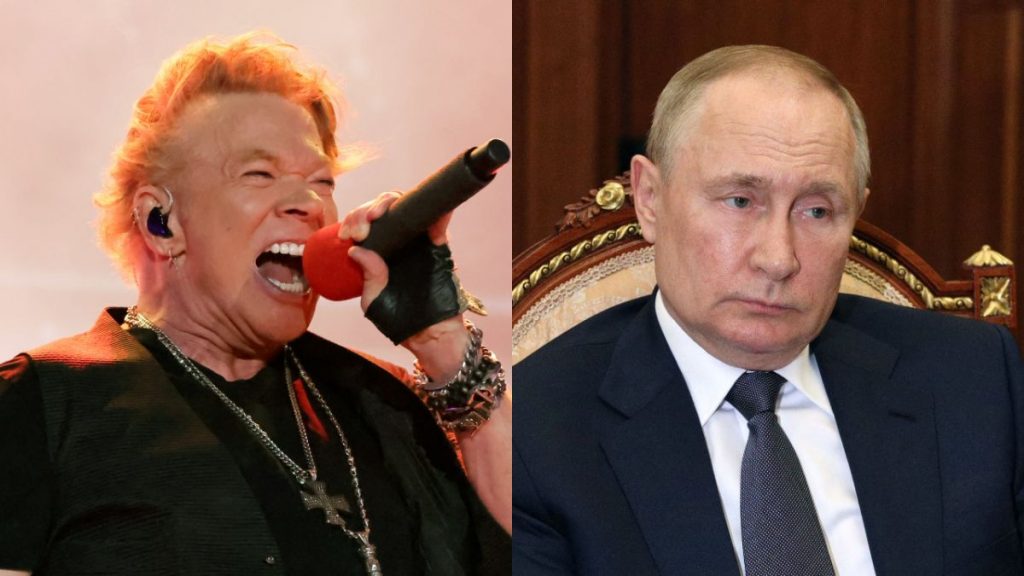 unlikely reinvention as a voice of righteousness in a mad world has continued, with the Guns N’ Roses frontman launching a verbal attack on Vladimir Putin, calling him a “callous, lying, murderous little man”.

The singer, who has criticised everyone from Donald Trump to Saudi Arabian crown prince Mohammed bin Salman in recent years, took aim at the Russian President in a tweet marking the end of Guns N’ Roses European tour. 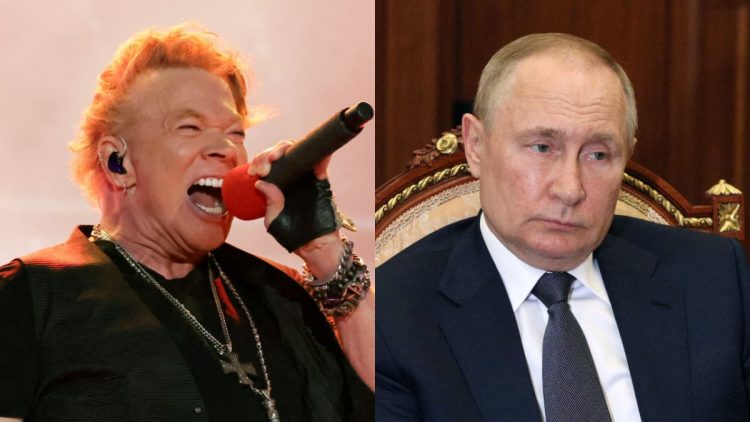 Paying tribute to the people of Urkaine in the wake of the Russian invasion of the country, Rose wrote: “Their noble and horrifying fight for freedom against an increasingly totalitarian regime ran by a callous, lying, murderous little man with outdated ambitions and no regard for human life.”

The singer also took the opportunity to dedicate the tour to late Foo Fighter drummer Taylor Hawkins,who died in the march at the age of 50.
“Taylor was a really great guy and it was always great to see him! He was a great n’ always welcome part of touring these last few years.
“This is a such a horrible thing and r hearts go out to his family, friends, band mates and everyone who love him.”

Rose also addressed his vocal problems, which resulted in the cancellation of a show in Glasgow. After apologising to fans for the latter, he paid tribute to country star Carrie Underwood for her guest appearance at a show in London. where she duetted with Rose on Sweet Child O’ Mine and Paradise City.

“She’s amazing!!” wrote Rose. “And in this case a real lifesaver!! At least somebody could sing!!”