Grammy Awards To Return To Los Angeles In February 2023 Kathmandu- Following its April 2022 edition in Las Vegas, Nevada, the Grammy Awards will make a return to Los Angeles in February 2023.

The event is set to take place at the city’s Arena – formerly known as Staples Center – on Sunday February 5. The show will be (per Pitchfork) broadcast live on CBS as well as livestreamed on Paramount+.

Nominations for the 65th awards are set to be announced on November 15 2022. 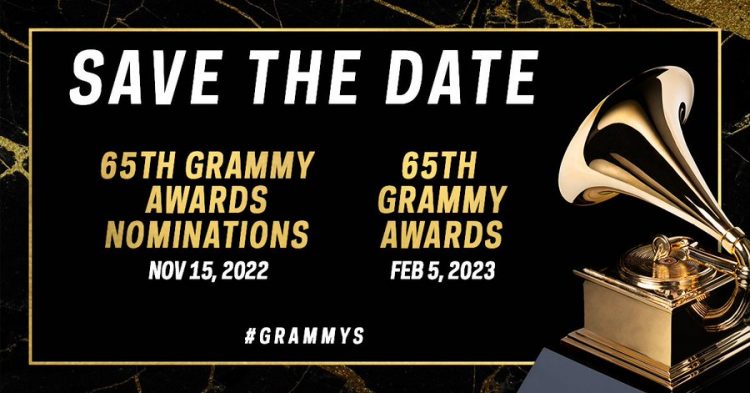 Last month The Recording Academy announced the addition of new Grammy Awards for the 2023 ceremony. Among the new categories are Songwriter Of The Year (Non-Classical), Best Alternative Music Performance, Best Score Soundtrack For Video Games and Other Interactive Media and a Special Merit Award for Best Song For Social Change.

Academy CEO Harvey Mason Jr. said in a statement: “The Academy’s top priority is to effectively represent the music people that we serve, and each year, that entails listening to our members and ensuring our rules and guidelines reflect our ever-evolving industry.”
The 2022 Grammy Awards this past April saw Jon Bastiste, Silk Sonic and Olivia Rodrigo become the night’s big winners. Performances were given by BTS, Billie Eilish, Justin Bieber and more.

The event also remembered late Foo Fighters drummer Taylor Hawkins, who died, aged 50, on March 25. The band – who won three awards – had been due to perform at the ceremony but cancelled after their bandmate’s passing.