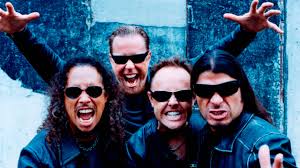 On July 14 last year, the region was flooded several months’ worth of rainfall in just 22 hours, causing 196 deaths in that country and 243 fatalities across Europe.

The following August, Metallica released a limited edition Enter Sandman single off the back of the 30th anniversary of The Black Album, which came in numbered, glow-in-the-dark seven-inch vinyl, Maxi CD and three-inch PockIt CD formats. It was distributed solely within Germany, with all the sales profits going to the victims of the flood.

All Within My Hands was founded in February 2017 as a means for the Metallica family to give back to communities around the world that have supported the band on tour. In the first six months, it had donated over $750,000 to local food banks around the world, and 100% of all donations from fans and third parties continue to go to the organisations AWMH supports.