Black Eyed Peas, Shakira And David Guetta Team Up On ‘Don’t You Worry - Nepali E-Chords
X
Back to the top

Black Eyed Peas, Shakira And David Guetta Team Up On ‘Don’t You Worry Kathmandu- Black Eyed Peas have teamed up with Shakira and David Guetta on a new track. The track comes ahead of Black Eyed Peas’ ninth studio album, which is expected later this year.

“LOVE to all the talented creatives involved and to our fans for your infinite support,” the band wrote on Instagram to announce the track.
Back in 2020, Black Eyed Peas teamed up with Shakira on their new track ‘Girl Like Me’, a track written in tribute to Latin women.

Later this summer, the will.i.am-fronted band will perform in an ancient volcano crater for the inaugural Atlantis Concert for Earth event in July. 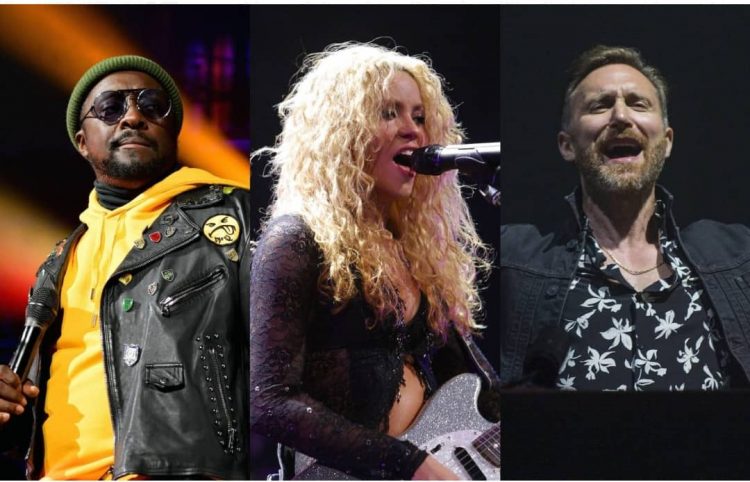 Scheduled to take place in Azores, Portugal on July 22 and 23, the nonprofit concert for global conservation will feature headliners the Black Eyed Peas and Pitbull, as well as supporting acts Stone Temple Pilots, Sting (in a virtual performance), Bush, Mod Sun and Girlfriends. The concerts will be hosted by Nicole Scherzinger, who will also put on a special performance.

The two-day concert will take place inside the Sete Cidades Massif volcano, which last erupted in 1880. The crater acts as a natural amphitheatre and sits alongside two lakes.