Abhaya And The Steam Engines Performed At The Irish Pub 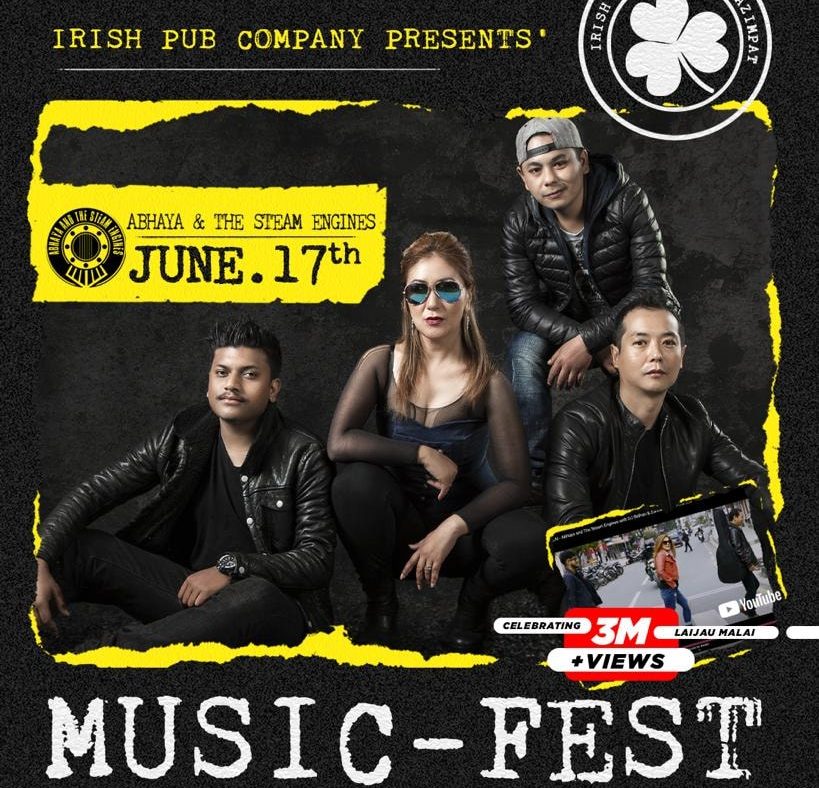 Kathmandu- Although Abhaya and the Steam Engines have been classified as a rock band since the publication of their self-titled first album in 2005, they are more oriented to non-genre music. This band has continually explored with the enormous possibilities of music since their inception in 2003. 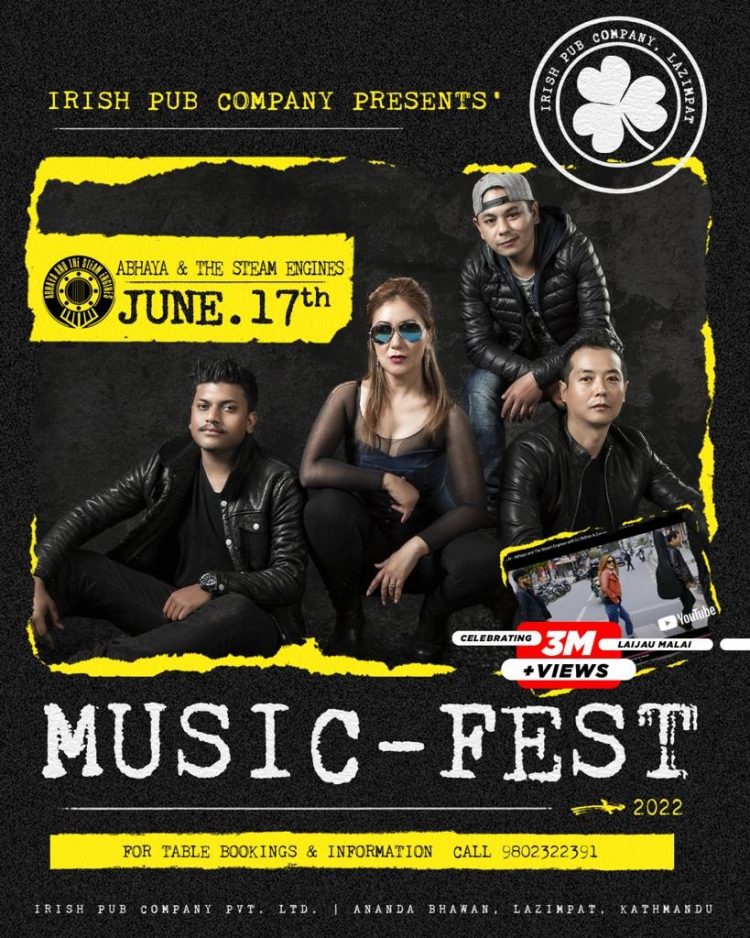 From their first hit, Sakdina, which established them as a rock band, to their most recent release, ‘Laijau Malai’ (influenced by Lofi EDM and co-written with DJ Bidhan and Zanrix), they have worked hard to maintain their sound fluid and in motion. 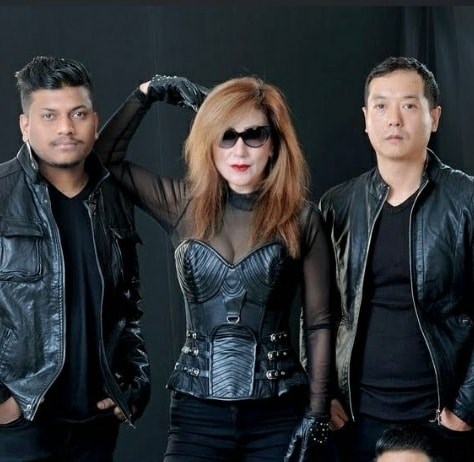 On 17th of June, they had performed at the Irish pub. The official page of the band had posted an announcement stating, “This Friday June 17th, we will be performing at Irish Pub celebrating our 3 million views of Laijau malai.
Testing out new songs written during the lockdown with the same vibe as Laijau malai – would you like to hear them? This show will be super intimate and personal. See you there.”