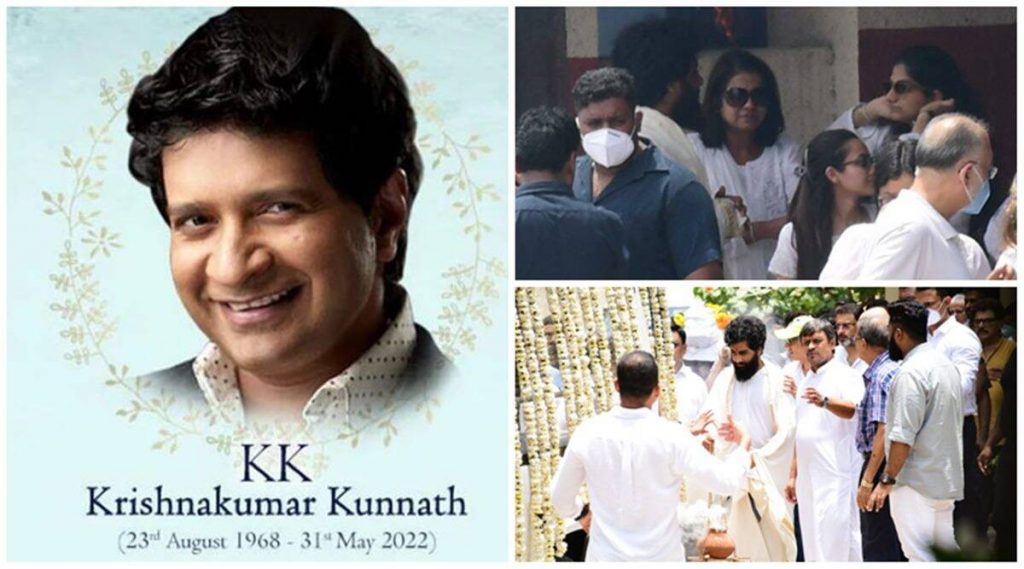 He was born on August 23, 1968. After doing his graduation in Delhi, he started his own rock band. He had to work part time in the hotel industry in the marketing department to earn a living. Being a creative person, he found the job suffocating and some time later he quit it to start working for the advertising sector, where he sang 3500 jingles in 11 different languages. His wife Jyoti, as also mentor Hariharan were instrumental for his success.
In 1994, Delhi resident Krishnakumar Kunnath packed his bags and shifted to Bombay. His pregnant wife Jyothy Krishna accompanied him as the couple looked forward to the husband establishing a career as a singer.
In 1999, he launched his debut album titled Pal. The songs Pal and Yaaron from the album became hugely famous and are even remembered today. In 2008, KK released his second album Humsafar after a gap of eight years. The songs Aasman ke, Dekho na, Yeh kahan mil gaye hum, and Rain bhai kaari became popular after its release. The album had 10 tracks out of which eight were composed by him.

The same year, KK also delivered a song for those nursing a heartbreak. Composed by Ismail Merchant for Sanjay Leela Bhansali’s ‘Hum Dil De Chuke Sanam’ the song ‘Tadap Tadap’ pierced through one’s heart for its music, words and its soulful rendition by KK. The song was pathbreaking. It showcased KK’s versatility, his range, and his ability to take the song to a crescendo that was seldom heard in Bollywood melodies at that time.

Everyone has a KK favourite song. Everyone has a personal memory attached to KK’s hits. If ‘Yaaron’ was a song celebrating friendship, ‘Sach Keh Raha Hai Dil’ was a song for heartbreak. For serenading your love there was ‘Tu Hi Meri Shab Hai’, and for farewells, there was the haunting ‘Alvida’ .

He passed away in Kolkata hours after a live performance at a college festival at Nazrul Mancha auditorium on 31, May. Hours after the concert, he collapsed and was rushed to CMRI hospital in Kolkata, where he was pronounced dead. The preliminary post-mortem investigations point to cardiac arrest.
There are some artists whose death seems personal. On Tuesday evening, when Bollywood singer KK died at the age of 53 of a heart attack, it seemed a long lost friend had left without giving a notice.
It is indeed a black year for Indian music industry as Lata didi, bappi da, sidhu paaji and now shocking news of KK dismissal have sudden all the music lover.