Hurrian Hymn No. 6- The Oldest Song - Nepali E-Chords
X
Back to the top

Hurrian Hymn No. 6- The Oldest Song Kathmandu- The “Hurrian Hymn No. 6” is said to be the world’s oldest melody, while the “Seikilos Epitaph,” a first-century Greek tune, is the oldest musical work to have survived in its entirety. The hymn was discovered inscribed on an old marble column in Turkey that was used to mark the tomb of a woman. An inscription reads, “I am a gravestone, an image.” “As an everlasting token of deathless remembrance, Seikilos placed me here.” “Period you live, shine / Have no grief at all / Life lives only for a little while / And time demands its toll,” the column says, along with musical notation and a small set of lyrics.

The well-preserved inscriptions on Seikilos Epitaph have allowed modern musicians and scholars to recreate its plaintive melodies note-for-note. Dr. David Creese of the University of Newcastle performed it using an eight-stringed instrument played with a mallet, and ancient music researcher Michael Levy has recorded a version strummed on a lyre. There have also been several attempts to decode and play “Hurrian Hymn No. 6,” but because of difficulties in translating its ancient tablets, there is no definitive version. One of the most popular interpretations came in 2009, when Syrian composer Malek Jandali performed the ancient hymn with a full orchestra. 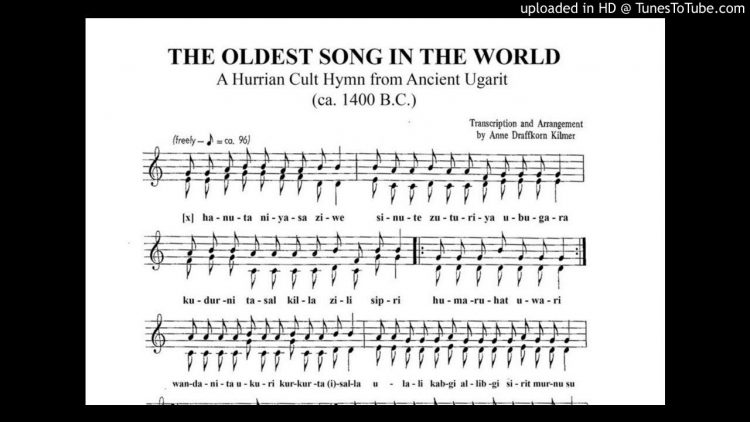