1974 AD Are Going To Perform On Calm Tangalwood 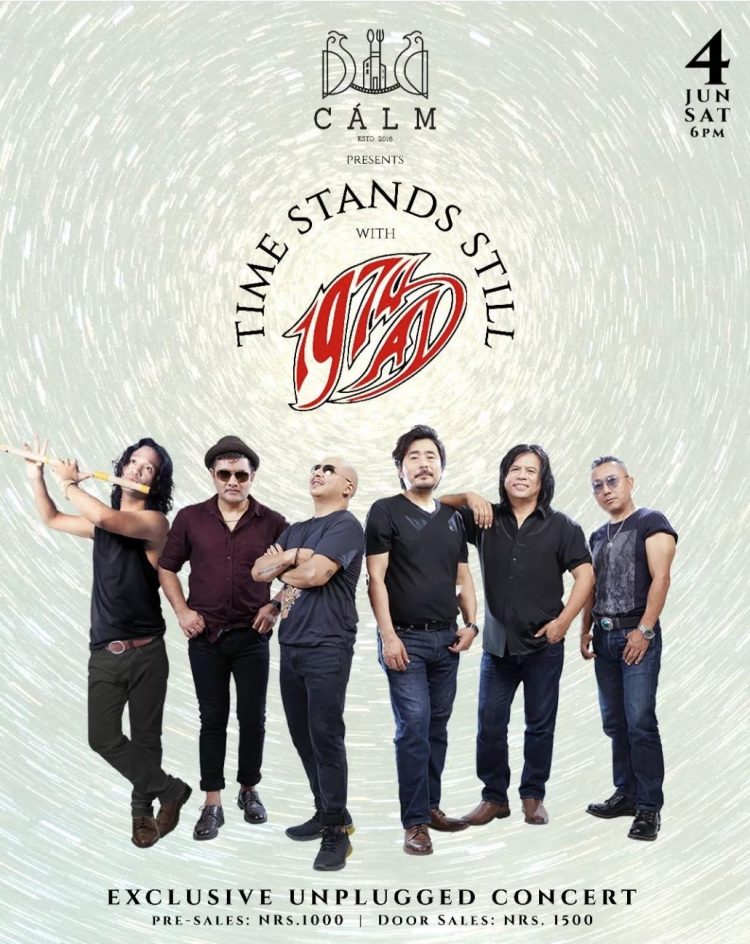 Kathmandu- 1974 AD is a Nepali rock band that established in Kathmandu in the early 1990s.They dabble in a variety of musical styles, including Nepali folk, ragas, rock, funk, blues, and jazz. 1974 AD are one of Nepal’s most successful recording artists. According to Nepal’s Hits FM, the majority of their albums are in the top ten best-selling albums. Their event, ‘Rock Yatra,’ drew over 60,000 people in 2000, making it the largest concert ever held in Nepal.

On 4th of June, Saturday, 1974 AD will be exclusive unplugged concert on calm. The presale tickets and door sale tickets costs Rs. 1000 and Rs.1500 respectively.