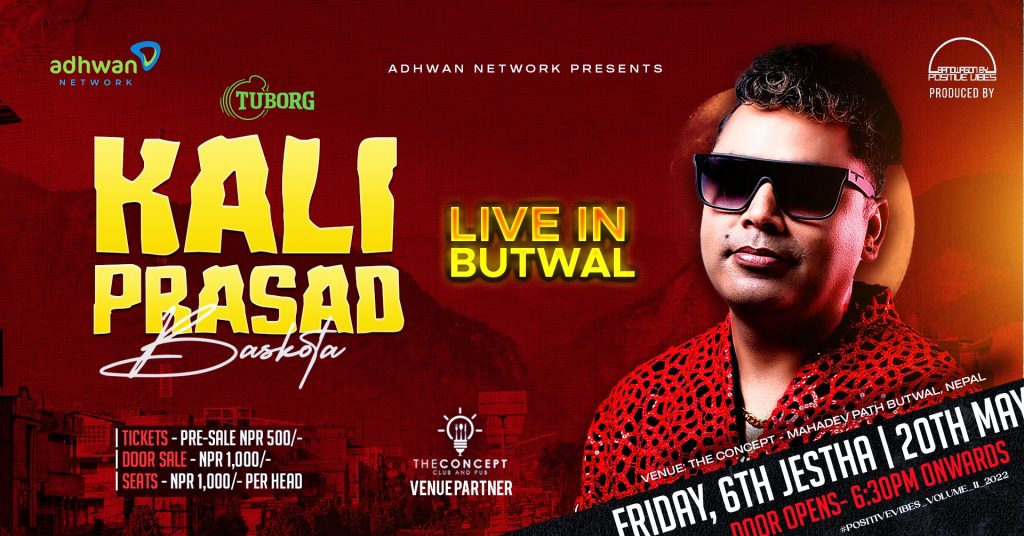 Kathmandu- Kali Prasad Baskota is a famous Nepali singer, musician and a lyricist. He has been the judge for the first three seasons of Nepali reality show Nepal Idol.

Kali Prasad Baskota is going to perform live in Butwal on 6th Jestha, 2078 on Friday. The tickets for pre-sale costs Rs.500, door sale costs Rs.1000 and seats cost Rs.1000 per head. The door opens from 6:30pm onwards. The venue of his concert is the concept- mahadev path, Butwal.