“RUST IN DUST” By Shree ३, Anytime Soon - Nepali E-Chords
X
Back to the top

Shree ३ are all ready to release their second album "Rust In Dust" anytime soon.
Posted On January 10, 2022January 11, 2022In News 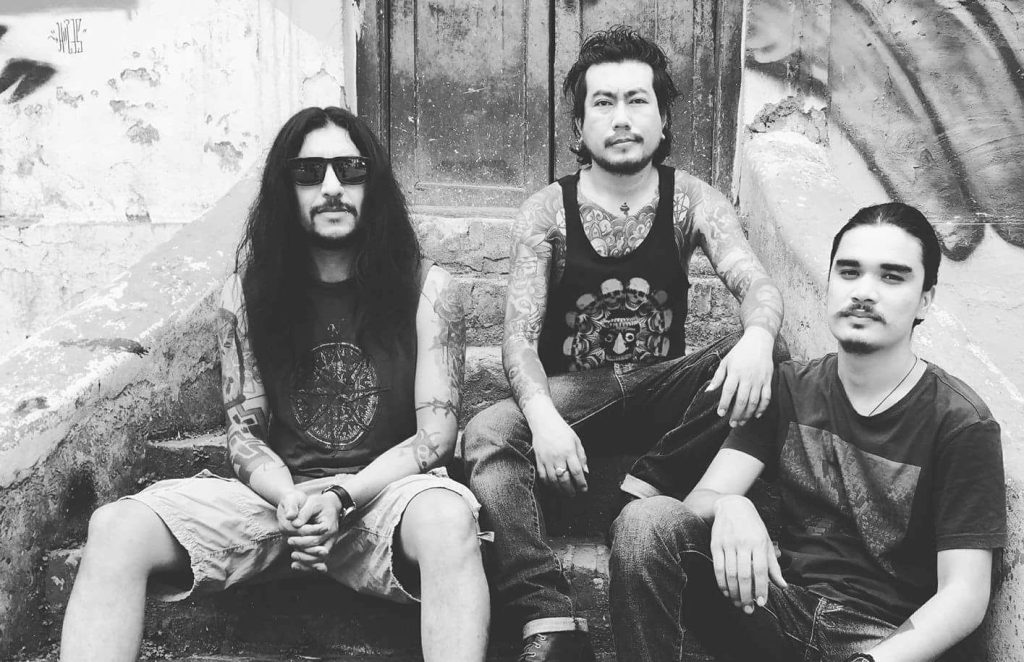 A Nepali stoner rock band, Shree ३ is all ready to release their second album “Rust In Dust” with a launch tour, anytime soon.

The band made an announcement through their official social media accounts, the statement reads:

Glad to announce this. Finally we will be releasing our 2nd album ‘RUST IN DUST’ through all the popular online platforms, any time soon. Thanks to Pranish Poudel aka Hobbit bhai from Dharan for this amazing artwork. ##shree3 #rustindust

Shree ३ is a skull-busting trio, the brainchild of Sarad Shrestha, a veteran guitarist of the Nepali music realm. The band plays every kind of music, from rock n roll blues to heavy metal, alternative to grunge/stoner/sludge metal/post-metal, as they believe music doesn’t have any boundaries.

Shree ३ comprises Sarad Shrestha on vocal and guitar, Rozet Gurung on bass, and Robin Neupane on drums. The band was founded in July 2016. The band released their debut studio album ‘Drabya Dharma’ in 18 My 2019.

Listen to their latest released single “King Of Horns” if you haven’t till now: