Gigs: Most Promising start of this year. 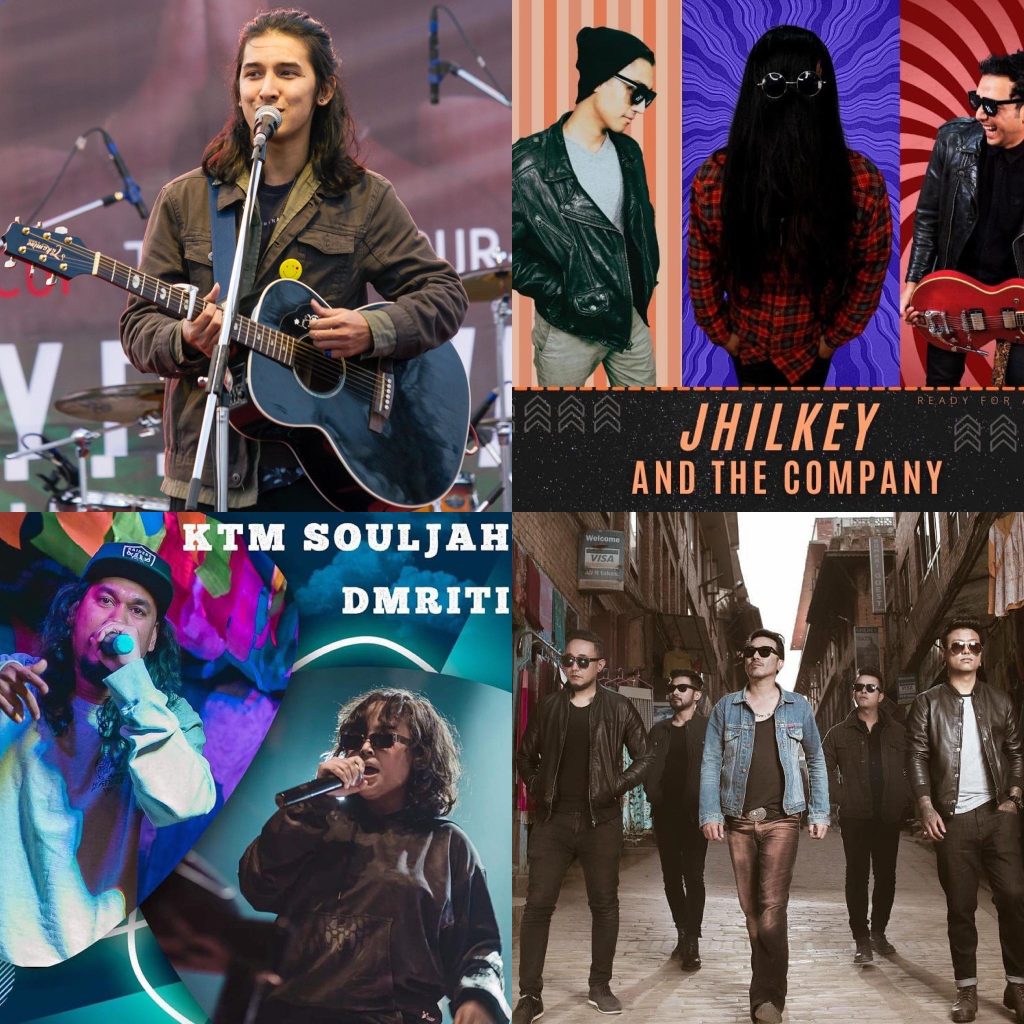 Besides all the trouble faced by covid, missing out on the musical gigs has been the worst-case scenario for the music enthusiasts. let’s hope 2022 will be different, finger cross.

The good thing is starting has been Some of the artists are already planning the musical gigs from the starting of this year and let’s hope others get inspired with them as well. Staying on the topic, here are  some artists and gigs happening these weeks:

Sabin rai and The Pharaoh(Purba Tour):  Since our very own jolly and enthusiastic personal “Sabin Rai” has been cooped up with the awesome band “The Pharoah”, the combination is truly out of the world. The combination of them is all we could ask for. Well, very good news for the Purbeli’s out there. This awesome band has been announcing the Purba Tour they have scheduled. Tour starts from January 9th to February 27th covering almost every part of the region.

Jhilkey and The Company(Nepal Tour): Jhilkey and the company is the brainchild Of Steve Dewan. He takes the responsibilities of lyrics writing, singing, and playing guitar. Along with Steve, this Punk Rock Band from Kathmandu involves Bishal Hang Rai as a bassist, Dipson Narshing Kc as a Drummer. Just Like their name each of the band members seems fun too, wearing funky accessories and they have so fun while performing that their live shows are to die for.

The band has been teasing the Nepal tour (phase II) but the date and the locations are yet to be announced. get ready to be rocked and rolled.

KTM Souljah and Dmitri(Nepal Tour): Rapper Ktm Souljah is in this field for more than a decade and is very active in promoting and supporting the Nepali hip-hop scenario. And he has been planning the Nepal tour with “Dmitri” an awesome rapper who was also the winner of the rap battle tournament “Sabdha Sangram II”.  The dates and the locations are yet to be announced.

Swoopna Suman(Pokhara): The crush of every teenage girl of Nepal, Suman Thapa who is widely known as Swoopna Suman has announced his gig on Pokhara this Friday. In association with Arbitrary Nepal, the gig is to be held on the Treasure lounge.