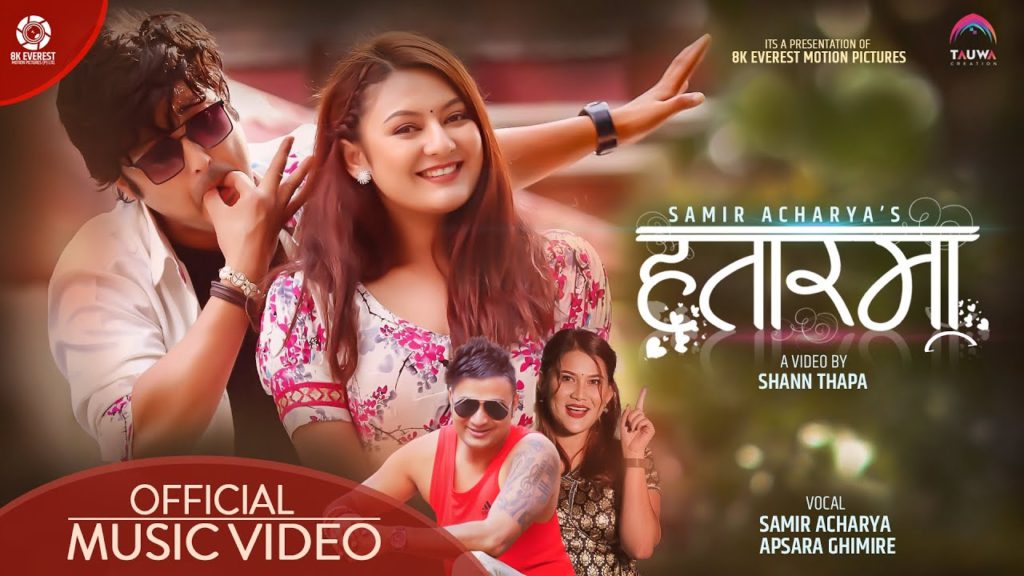 The singers, Samir Acharya and Apsara Ghimire have come together in a new song “Hatarma” released on Tuesday, December 8. The singer Acharya have composed the lyrics and the music. In addition to that, he has also arranged it. Similarly, Shyamshwet Rasaily has done the mixing and the mastering of it.

Likewise, we can see the popular Nepalese movie actors, Aaryan Sigdel and Barsha Raut on the music video. Anuska DC has worked on their costumes whereas Rajiv Samar is the one who choreographed their moves. Similarly, Arjun Tiwari has worked on the camera. Manoj Basnet and Shann Thapa have produced and directed the video respectively.

The music video shows a love story between the two actors. The actor in the video is willing to go to Qatar (rhyming with “hatar”, the title of the song) to earn a lot of money, whereas the actress wants to marry and settle as soon as possible. However, the song is quite not sad, but funny.