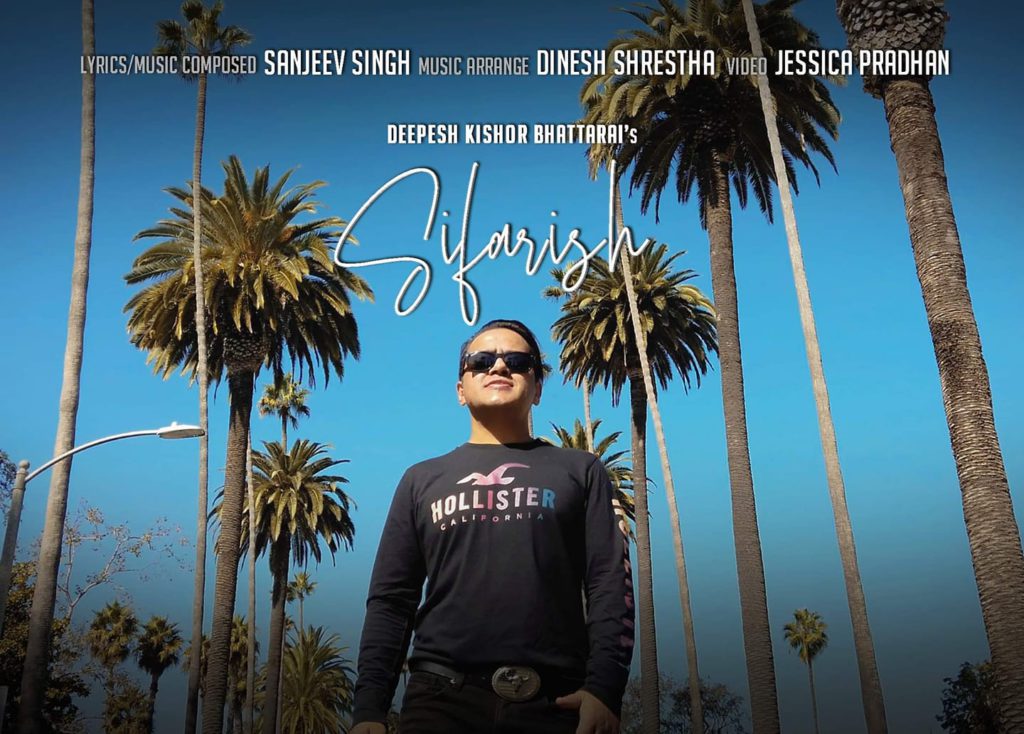 Legendary singer Deepesh Kishor Bhattarai has recently released his new creation “Sifarish“. The singer has been teasing his new release through his Facebook account for a few days and finally, it’s out. The song was uploaded on the official YouTube channel of HighlightsNepal on Dec 7, 2020. Just like every other song of his, “sifarish” is a lovely song indeed.

Sanjeev Singh was responsible for the lyrics and music composition for the song. Likewise, Dinesh Shrestha looked after the arrangement, and Jessica Pradhan was after the perfect direction of the video. Very beautiful Sarah Gurung can be seen in the frame as a lead actress for the song. You can watch the song below:

Deepesh Kishor Bhattarai is a well-known name in the Nepali music industry. He has been able to bless our ears with many of his hit songs for almost 3 decades. He started his music career in 1991 with his debut song Aye malai maya garne mayalu. Almost every song of his used to stick on our brain back then among them Malai Maaf Garideu, Hos Haraye Pani Mayalu, K Ma Timro Sathi Banna Sakchhu, Bheda Ko Oon Jasto Nishal Chha Mero Maya, etc are some of his unforgettable songs.