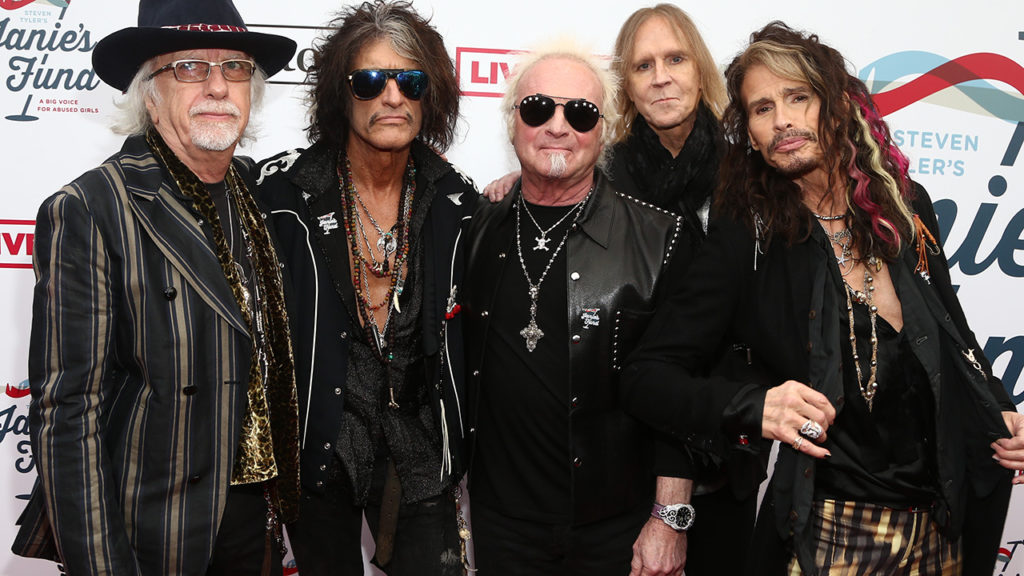 Hard rock legends Aerosmith, Steven Tyler (vocals), Joe Perry (lead guitar), Brad Whitford (guitar), Tom Hamilton (bass), and Joey Kramer (drums) have announced details of a tour across the UK and Europe in 2020. They have sold more than 150 million albums worldwide in their five decades since forming. The band will play a total of 14 shows, kicking off with a performance at Milan’s iDays festival on June 13 and wrapping up with a set at Mönchengladbach’s Sparkassenpark on July 27.

Upon announcing their scrapped 2020 tour last December, Aerosmith seemingly confirmed an appearance at Glastonbury‘s 50th-anniversary event, which was also canceled due to the pandemic.