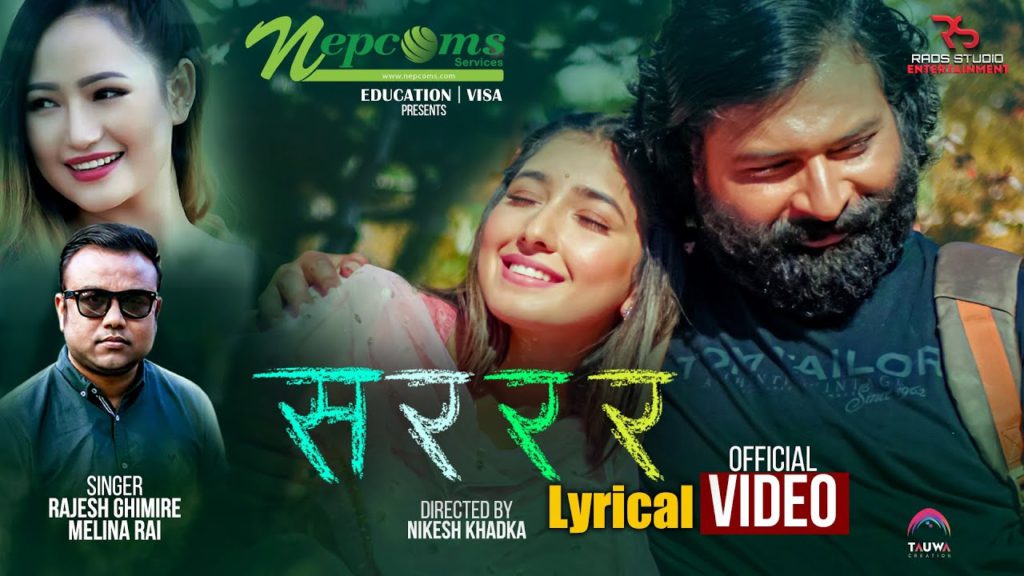 The singers, Rajesh Ghimire and Melina Rai have released a new song “Sararara” on Saturday, December 5. The song contains the lyrics by Ektaare (Sabin) and Saroj Pariyar. The singer Ghimire has worked on music and song production. Similarly, Pradeep Joshi has done the mixing and the mastering of it. The song features the musical instruments, percussion and sehenai played by Shambhu Baniya and Samir Jail respectively.

In a like manner, the music video stars Aanchal Sharma and Mukun Bhusal. Prabin Shrestha has edited the video and Nikesh Khadka has directed it.

The song is beautifully sung by both of the singers. Also, the music video is a lyrical one with footages of the actors acting in it. Furthermore, the video shows the rustic lifestyle with the eye-catching scenery. As mentioned earlier, the song also features sehenai, which is used in the marriage ceremonies. The song displays a romantic story of the couple enacted by the artists.