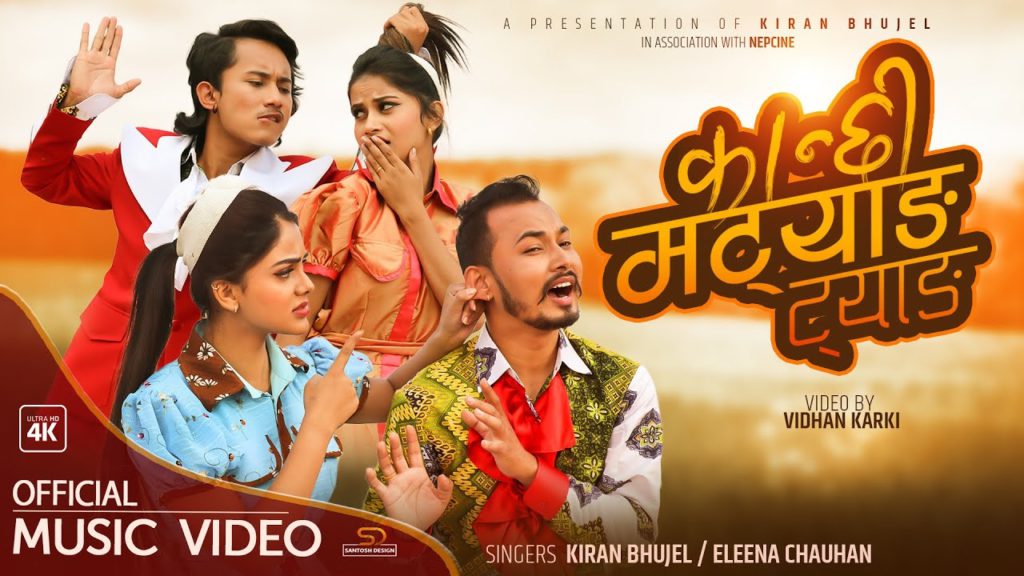 The singers, Eleena Chauhan and Kiran Bhujel have come up with a new song “Kanchhi Matyang Tyang” on Thursday, December 3. Sunil Katuwal and Prem Ghimire have worked on the lyrics and the music respectively. Similarly, Dinesh Neupane has arranged the music and Babu Pradhan has done the mixing and the mastering of it.

Likewise, Kiran Bhujel, Shreya Sitaula, Ajay Shrees, Eleena Chauhan and Sunil Katuwal have appeared on the music video. Utsav Dahal and Bikash Dahal have worked on the camera and editing respectively. In a similar way, Manisha Thapa has choreographed the video and Vidhan Karki has directed it.

Kiran Kumar Bhujel is a talent who had also appeared as a contestant in the third season of the singing reality show “Nepal Idol”. Despite his elimination from the Top 7 round, he went to winning the second runner-up title after his wildcard entry to the show once again. He has sung the songs, “Maya Maisanga Laideuna”, “Aakhama Basaau Malai”, “Jyan Dina Raji Bhako Chhu”, “Sarai Yaad Aauchha”, etc.