“Timi Sanga Mann Sate”, a recent release by Nishan Bhattarai and Asmita Adhikari - Nepali E-Chords
X
Back to the top 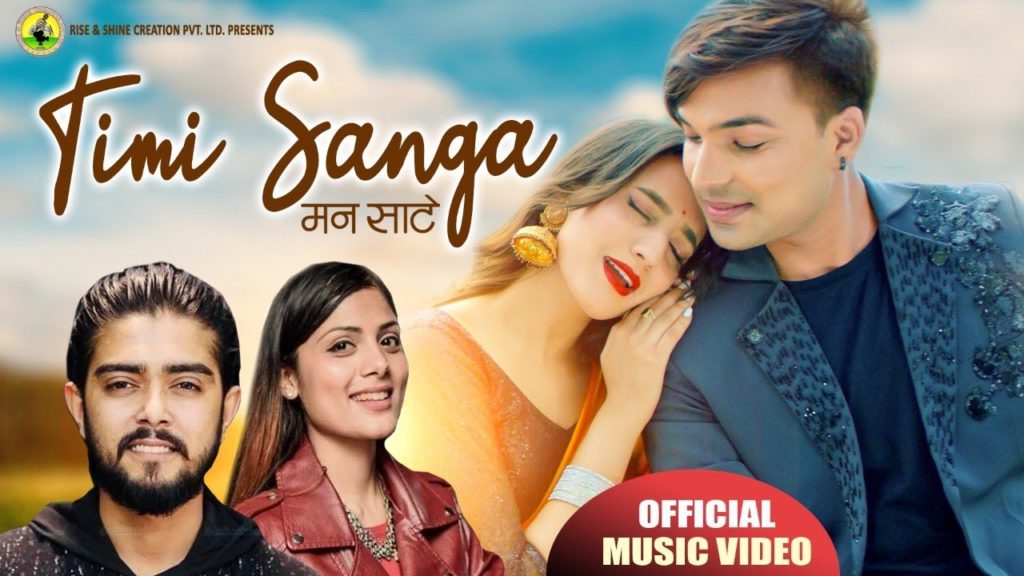 Popular stars from Nepal Idol, Nishan Bhattarai and Asmita Adhikari have presented a new romantic song “Timi Sanga Mann Sate” on Thursday, December 3. The song has the lyrics and the music by Rabi Malla. Likewise, Dikshit Poudel has programmed and arranged the music. Prakash Mishra has done the mixing and the mastering. Similarly, as of musical instruments, Sanjeev Baraili and Shomeek Moktan have worked on the guitars and Umesh Pandit has played the flute.

The music video features the cast of Niklous Aryal and Muskan Wagle. Swornim Thapa has done the choreography and also directed the video.

The singers, Nishan Bhattarai and Asmita Adhikari are the second and the fourth title holders of the first and the second seasons of Nepal Idol respectively. Both of the singers have been occupied with singing after their exits from the shows.

Recently, Bhattarai has presented the Nepali music audience with a serious song “Sarala”, whereas Adhikari has released a romantic song “Majhi Dai”.