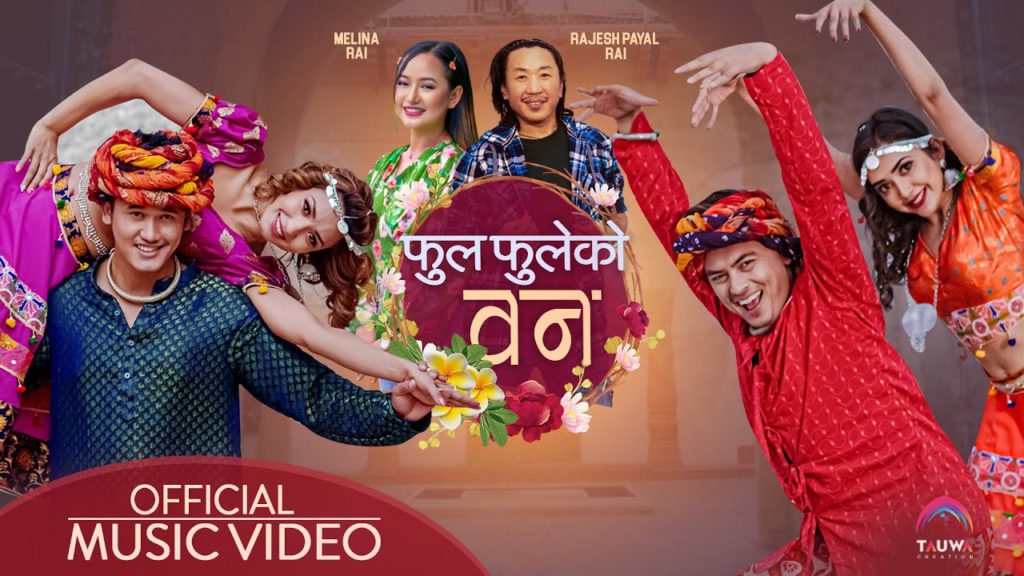 A long-anticipated song on the vocals of singers, Rajesh Payal Rai and Melina Rai has been released on YouTube on December 3. The singer duo had been promoting this song for a few weeks.

Saroj Oli has written the lyrics for the song and Dipak Sharma has worked on the music composition. Similarly, Shwamshwet Rasaily has done the arrangement, the mixing, and the mastering of the music. Sanjeev Baraily and Ratna BK have worked on the guitar and the flute respectively.

Likewise, actors, Paul Shah, Saroj Adhikari, Aashma Bishwokarma and Priyana Acharya have performed on the music video. Vikram Swar has provided the concept for the video alongside choreographing it. In a similar way, Nawaraj Uprety has done the cinematography. Samjhana Budhathoki and Anita Gwachha have worked on the costume and the makeup respectively. Saroj Oli is the director of the music video.

The music video features the exotic dance moves by the artists. The song itself belongs to the romance genre.

Check out the full music video.