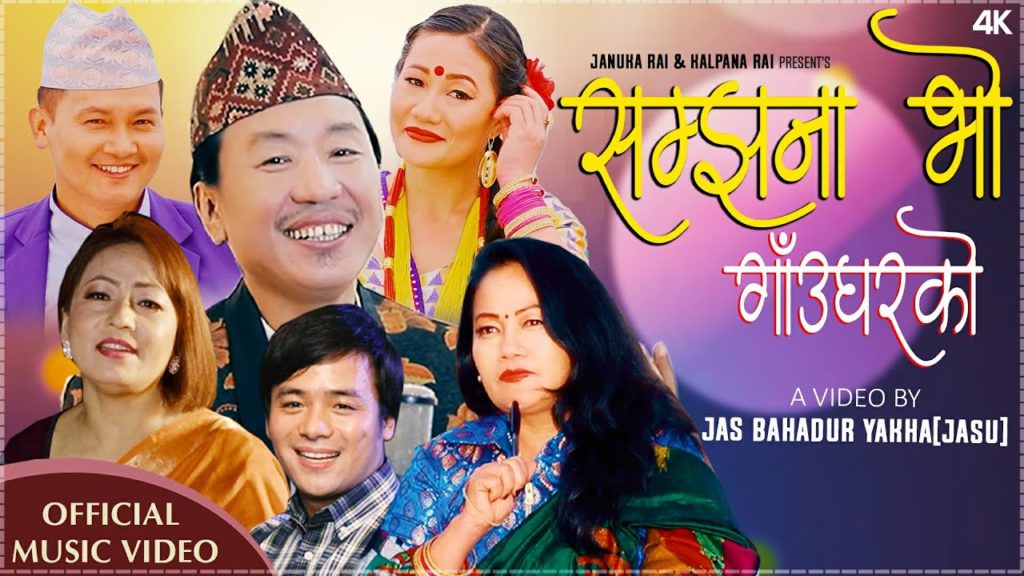 The singers of a beautiful voice, Rajesh Payal Rai and Kalpana Rai have embellished a new song “Samjhana Bho Ghaughar Ko” with their vocals. The song was released on November 30 through the YouTube channel of OSR Digital.

Januka Rai and Gangaraj Rai have penned down the lyrics and composed the music respectively. Similarly, Norbu Sherpa has done the music arrangement. Likewise, Min Bista has mixed and mastered the music of it.

The music video shows the pleasant aspects of Khotang. It has also used drones to capture the scenery of the village. Different beautiful scenes such as waterfall, hill, river, marketplace, lifestyle, statues, airport, etc. are presented to the viewers.