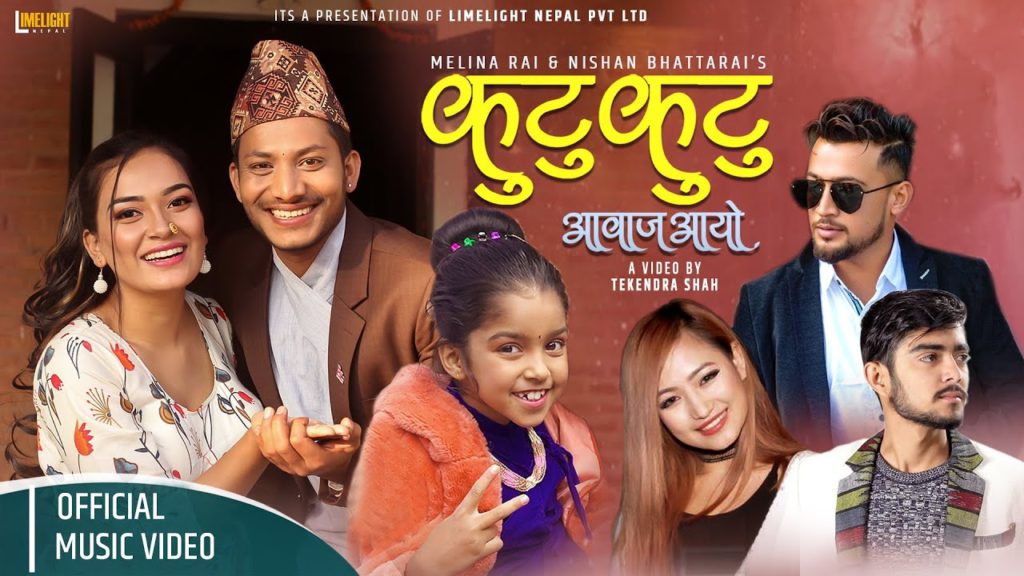 Talented singers, Nishan Bhattarai and Melina Rai have come up with a new song “Kutu Kutu Aawaj Aayo” on Monday, November 30. The song has the lyrics by Pralhad Lamichhaney and the music by Rimesh Kumar. Similarly, Krishna BK has arranged the music and Shywamshwet Rasaily has mixed and mastered it.

Likewise, we can see artists Najir Husen, Pramila Chhetri and Pradip Adhikari performing in the music video. The child artist, Aayusha Gautam has also accompanied the other artists in it. Ram Kumar KC and Rajiv Samar have worked as the cinematographer and the choreographer for it. Finally, Chandra Krishna Shahi and Tekendra Shah have produced and edited/directed the video.

The singer Melina Rai has also released the second part to her popular song “Paranai Dinchhu” on the same day. The name for the song is “Sunana” with the same old cast.