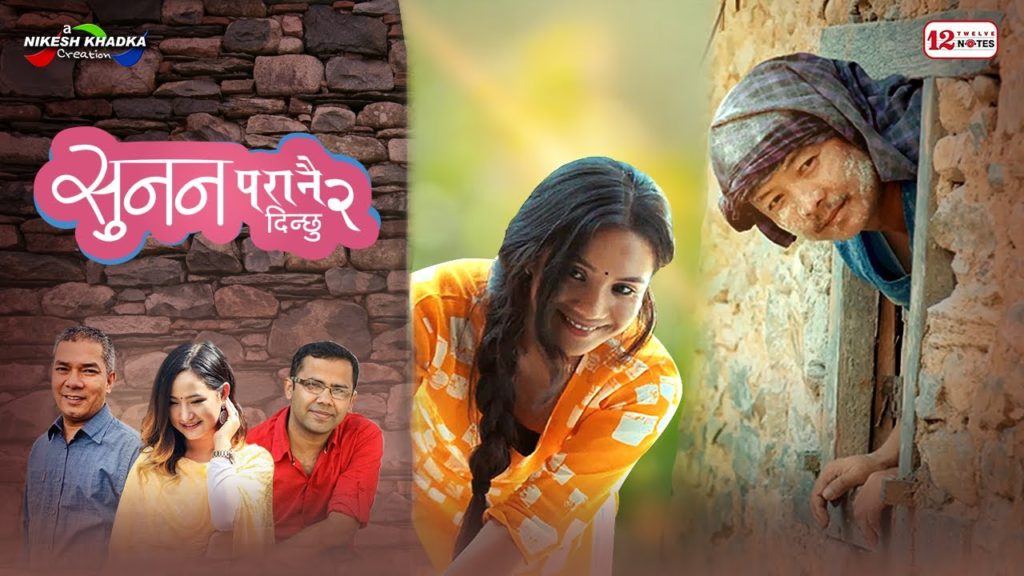 Singers Melina Rai and Hari Lamsal have released a new song “Sunana” on Monday, November 30. The song is the second part to their famous song “Paranai Dinchhu” released a year ago which has crossed 15 million views on YouTube.

The same old team members have produced this song together. Pralad Shah has written the lyrics and Hari Lamsal has composed the music. Similarly, Rikesh Gurung has done the music arrangement. Prakash Mishra gets the credit of the mixing and the mastering. In a similar manner, Rajababu Chaudhary and Ajay Karki have recorded it at Acoustic Studio, Naxal.

We can see the same old cast of artists, Dayaha Rai and Laxmi Bardewa on the music video. Bardewa has provided the concept to the video. Uttam Thapa operated the camera and Bikash Dhamala edited the video. Nikesh Khadka has directed it.