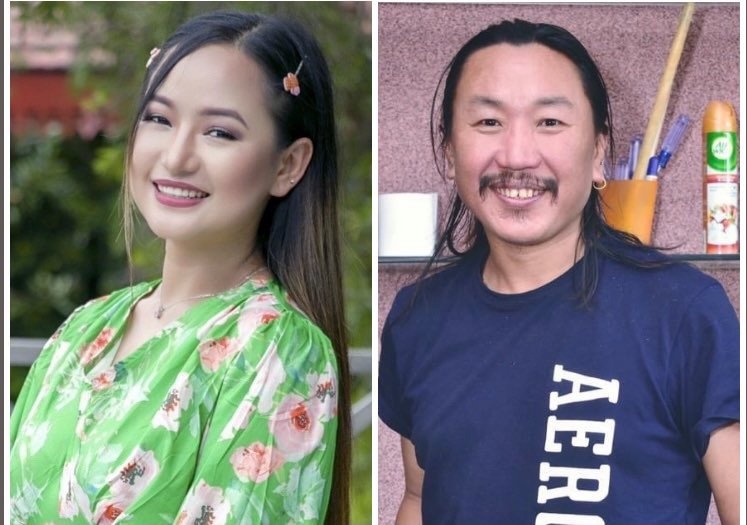 Two Highly Successful as well as multi-skilled singers of Nepal, Melina Rai and Rajesh Payal Rai have come together to create a beautiful musical gift for their fans “Ful Fuleko Ban“.The teaser of a particular song was recently released. Video Seems very entertaining with a well-recognized face like Paul Shah, Saroj Adhikari, Ashma Bishwokarma, and Priyana Acharya. The song will be officially released on Mangsir 18.

Rajesh Payal Rai is mostly recognized as Rai Is king among his fan. He is one of the strongly established icons of the Nepalese music industry.  At the age of 13, he was approved in the voice test as a singer by Radio Nepal and recorded “Failiyo Maya Dubo Sari” in 1992. Since then, he has done playback singing for more than one hundred Nepali movies, released almost 8 thousand songs in almost all genres, and has sung several songs in almost 20 languages like Japanese, Bhojpuri, etc.

Melina Rai is the Most wanted Female vocalist in the Nepali Music Industry at this moment. She has recorded countless beautiful songs and undoubtedly most of them are noted as hit numbers. She recorded her First Solo song Kammar Mathi Patuki when she was 12 years old. That made her so popular that she has been receiving too many offers that she has to record more than 4 songs a day sometime. Timle Bato Fereu Arey, Shiraima Shirbandi, Chapakkai Ful Fulyo, Kutuma Kutu Supari Dana, and Machhile Khane Kholiko Leu are some of her most loved songs.