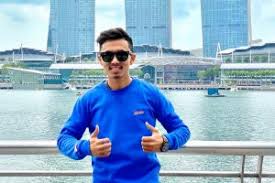 Bikash Limbu is one of some active constant of the singing reality shows The Voice Of Nepal season-2. Though he got eliminated he was able to win lots of hearts with his melodious singing throughout his journey. He was on team Deep and one of Deep Shrestha‘s favorite contestant. He also got a chance to perform with his coach, they sang “Jhaskiyecha Mana Mero” by Deep Shrestha together.

He has recently released his new musical film through his official YouTube channel on August Nov 27, 2020. He has been teasing about his new release through social media accounts with a cover picture of a related song.

The song was written, composed, and directed by Suraj Tamang, who was also the contestant of singing reality show The Voice Of Nepal Season-1 And Nepali Idol season 1.

After all, it’s Bikash Limbu on vocal so we can already make a guess how lovely the song is. The song is based on the real problem some women have to face. The music video stars singer himself and Anu Shrestha as the main characters. Both have given full justice to the lyrics and message that songs want to illustrate.