Nepal Star Top 14 round, 2 eliminated, enters top 10 the next week, Karna Das appeared as guest - Nepali E-Chords
X
Back to the top 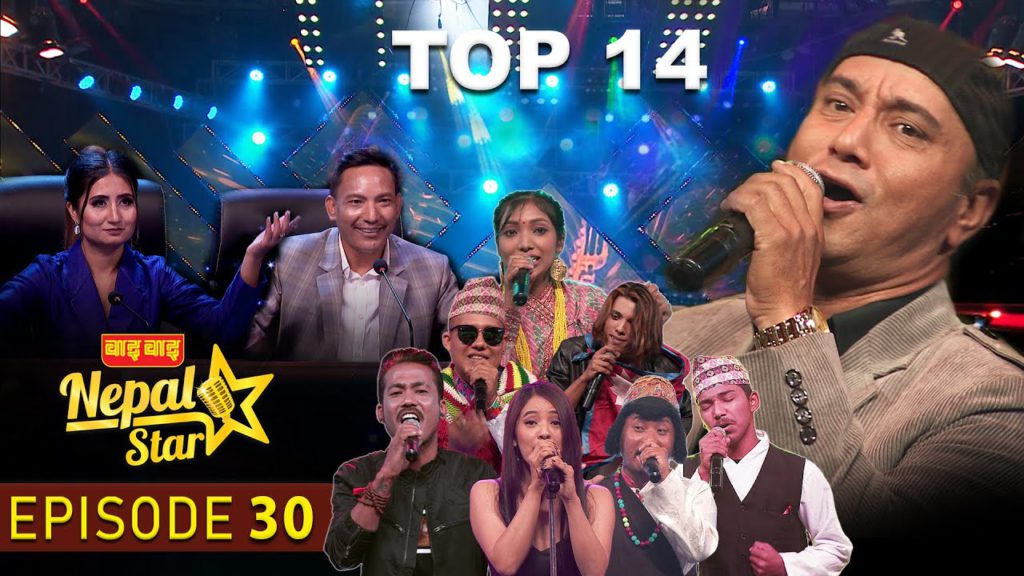 The Nepali singing reality show, Nepal Star aired its 30th episode on Saturday, November 20, which is the second from the top 14 round with its remaining seven contestants. A talented Pokhreli singer, Karna Das appeared as a guest in the episode.

The episode started with seven contestants other than those of participating on the episode singing the song “Tyasari Hos Marana” composed by Rastrakavi Late Madhav Prasad Ghimire. As per the request of Ghimire, the song was released posthumously following his death on August 18, 2020. Originally, Karna Das has sung the song. Likewise, he later joined the contestants in the singing showing his first appearance on the show.

Amin Pariyar performed next with the Mantra song “Sanskriti” from their “Rock Yatra” album. The two judges awarded him standing ovations.

Sandesh Bomjan Lama performed next with the song “Sa Karnali” by the legendary band “Nepathya” from their album “Bheda Ko Oon Jasto”.

After the second performance of Karna Das, Siddhanta Khadka continues the show with his performance of the song “Naakai Ma Fulee” by Rajesh Payal Rai and Melina Rai.

Two participants from the previous episode, Salina BK and Sunanda Dhakal were eliminated from the round.