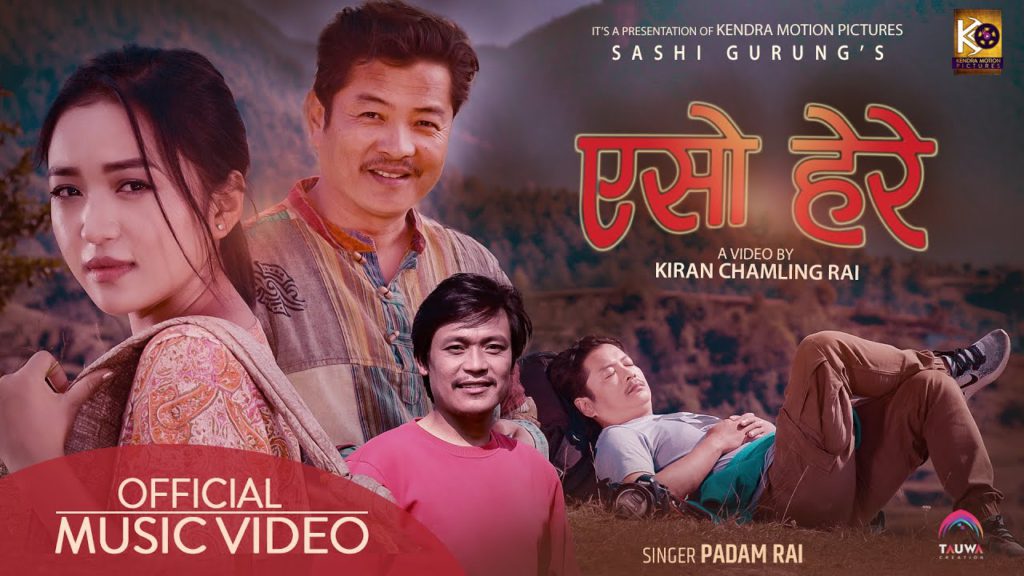 Singer Padam Rai has released a new song named “Yasho Herey” on Friday, November 27. Sashi Gurung (Bangdel) has composed the lyrics and the music for the song. Similarly, Raju Karki has arranged the music for it. Kishor Thapa has done the mixing and the mastering and Naresh BBC has recorded the song.

In a similar way, Dayahang Rai and Alisha Rai have been featured in the music video. Mahi Singh has done the makeup of the artists whereas Dinesh Mangmu Limbu has choreographed them. The director of the video is Kiran Chamling Rai.

Likewise, Dayahang Rai is a mainstream Nepali movie actor. He is notably known for his role in the movie “Loot”. He has also appeared in the movies “Kabaddi Kabaddi”, “Jatrai Jatra”, “Senti Virus”, etc. Similarly, Alisha Rai gain fame from her dance performance in the movie “Loot 2”. She was also cast in the lead role in Kiranti language movie called “Binayo”.