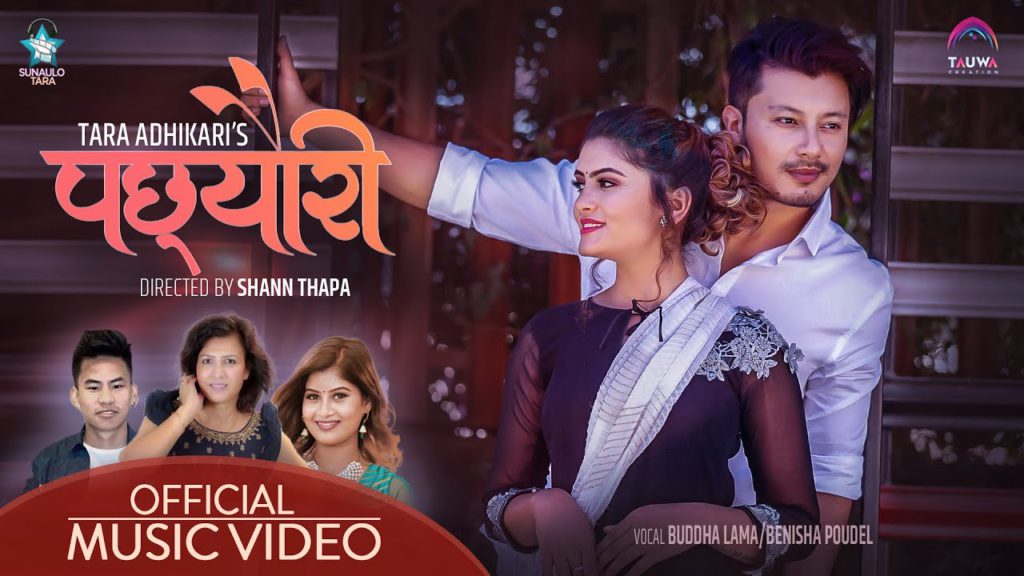 Singers Buddha Lama and Benisha Poudel have released a new song “Pachheuri” on Thursday, November 26. The song has the lyrics by Tara Adhikari. Dipak Sharma is the music composer for it and Narendra Biyogi is the music arranger. Similarly, Shyamshwet Rasaily has done the mixing and the mastering of it.

Likewise, the music video features models, Nirajan Pradhan and Sushila Thapa. Rajiv Samar has choreographed the actors in the video. Similarly, Tara Adhikari and Shann Thapa have produced and directed the video respectively.

Similarly, Benisha Poudel is also one of the contestants of the singing reality show “The Voice of Nepal”. She has sung the song “Chain Chhaina Mero” many months ago.