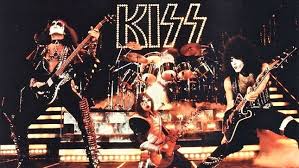 Kiss are set to ‘Kiss 2020 Goodbye’ with a special live-streamed gig on New Year’s Eve.

Their first concert since a March 10 date in Lubbock, Texas, will be held in front of “a live COVID-screened and safe audience” from the Royal Beach at Atlantis Dubai. The performance will begin at 9 PM Dubai time, 9 AM PST, and noon EST on Dec. 31. The promotional video embedded below promises fans “the biggest & baddest concert event and pyrotechnics show of the year.”

“Filmed with more than 50 cameras and 360-degree views, this show produced by Landmarks can be seen globally with ticketing technology and Livestream powered by TIXR and experienced like no other virtual concert before. You’re invited to spend New Year’s Eve with The Demon, The Starchild, The Spaceman, and The Catman as they rock out of 2020 and roll into 2021…all night!

KISS‘s current lineup consists of original members Stanley (guitar, vocals) and Simmons (bass, vocals), alongside later band additions, guitarist Tommy Thayer (since 2002), and drummer Eric Singer (on and off since 1991).

In its 46-year career, KISS has accumulated 23 gold and platinum albums — more than any other U.S. band.