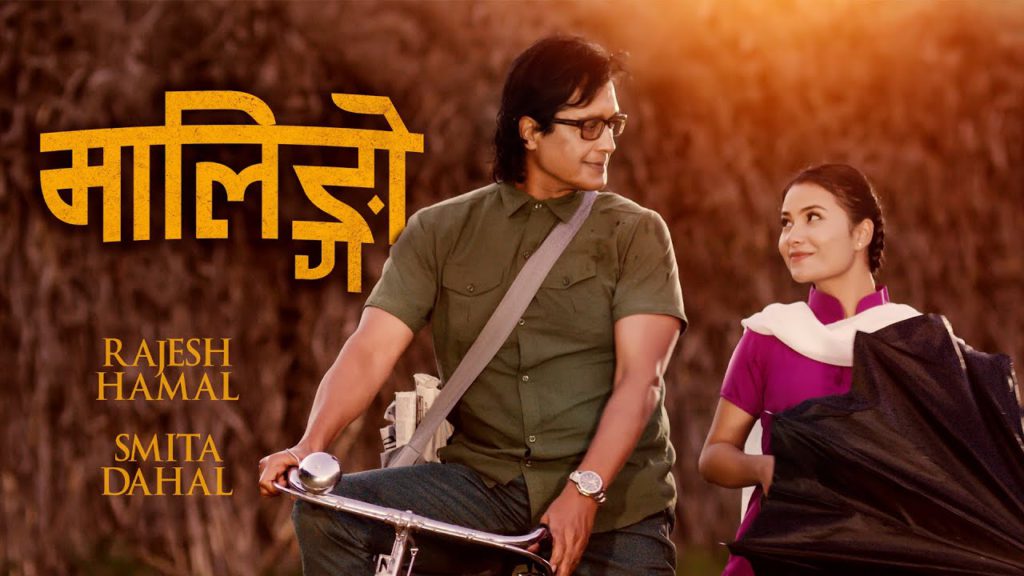 The song “Malingo” released on 19 November is at number 11 on the trending list of YouTube with more than 700K views. The music video features a well-celebrated actor of Nepal, Rajesh Hamal.

Rajan Raj Shiwakoti and Smita Dahal have sung this song. Similarly, Sunita Nepal Subedi has penned the lyrics. In a similar way, Shiwakoti and Uday Raj Poudel have composed and arrange the music respectively. Shyamshwet Rasaily has done the mixing and the mastering while Kiran BK recorded it at Prism Studio. Poshan Gharti and Ratna BK have worked on the madal and flute.

In the music video, singer Dahal and other models have acted. The story and the choreography are done by Sunil Chhetri and Saroj Oli has directed the video. The music video is different in a sense it includes dialogues of the models in it.

A month ago, the two singers have sung “Mayale Malai Bolayo” which featured Salon Basnet.