Bikram Baral, alongside his partner Anu Gahatraj to come up with a new song “Umanga” - Nepali E-Chords
X
Back to the top

Bikram Baral, alongside his partner Anu Gahatraj to come up with a new song “Umanga” 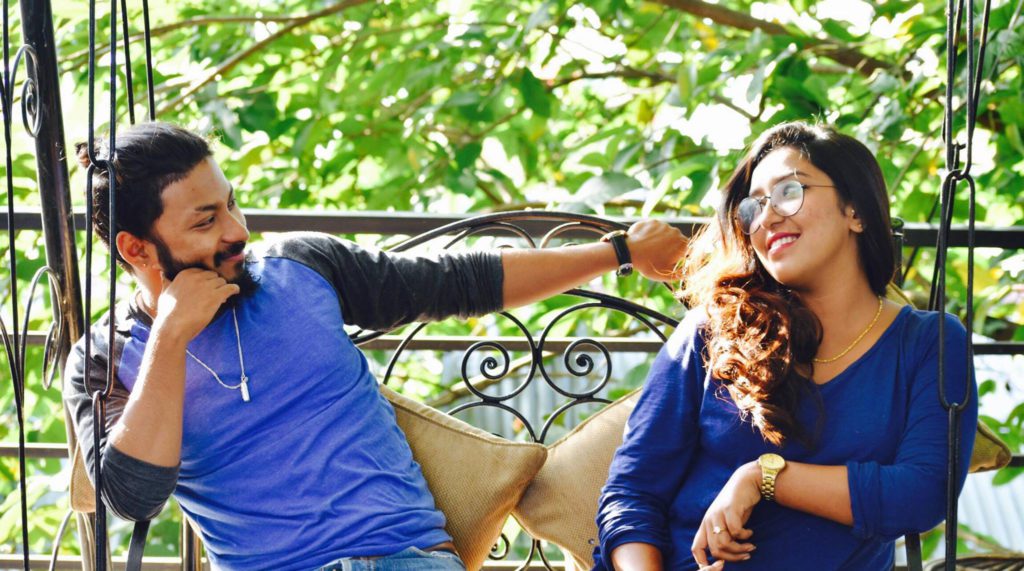 The Nepal Idol star Bikram Baral is releasing a new song “Umanga” together with his life partner Anu Gahatraj. Baral has done his work in the vocal and song composition. Likewise, Gahatraj has penned the lyrics. Prasan Pariyar has done the music production alongside the mixing and the mastering.

Likewise, we will be seeing the duo in the music video as the poster suggests. Rasmi Sunam is the makeup artist and Sabin Gayak is the cinematographer. Similarly, Sandeep Tiwari has directed the video.

Bikram Baral is a Pokhreli singer who rose to fame through season 2 of the singing reality show Nepal Idol. He won the first runner-up title in the show. He is one of the talented singers who became successful to collect his fans in a very short period of time. During the audition rounds, he was one of the few contestants who held a golden mic. He married Anu Gahatraj in 2019.