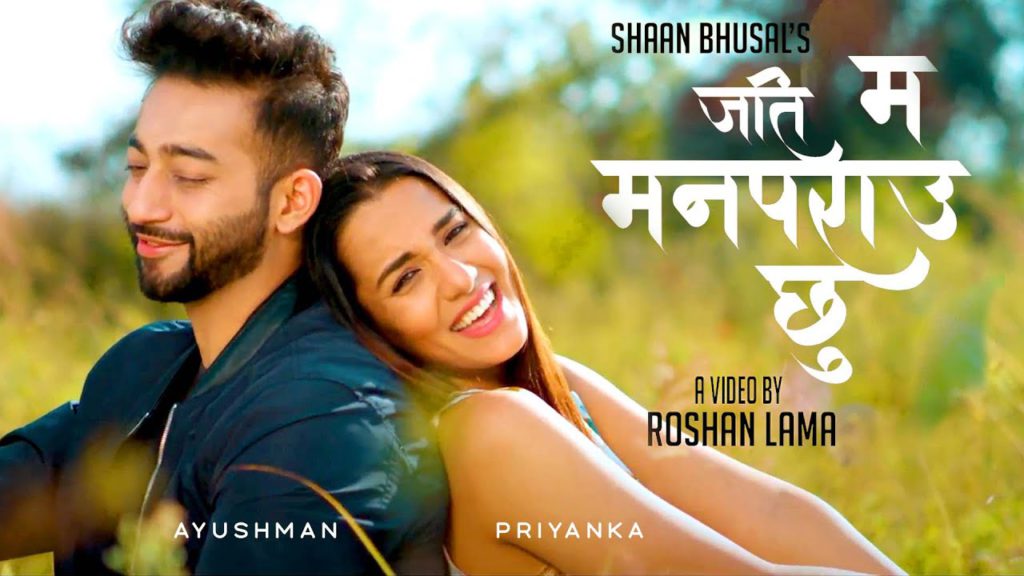 The popular real-life couple of Priyanka Karki and Ayushman Joshi has appeared in the music video of a new song “Jati Ma Mann Parauchhu”. Anju Panta and Nishan Bhattarai have sung this song together. Similarly, Kapil Raj Giri has written the lyrics for it. Likewise, Shaan Bhusal and Saneer have composed and arranged the music respectively. Sanjeev Baraily, Anup Das and Gopal have worked on the guitar, the bass and the flute respectively. Finally, Roshan Lama has directed the music video.

The models in the video are a couple who got married in February 2020. Both of them belong to the Nepalese show business. Joshi is a Nepalese film actor, model and a VJ. His career started as a VJ from programmes “Hollybollywood” and “Global Beats” on Kantipur Television. He later debuted as an actor from the movie “Chapali Height 2” which was an average success.

Likewise, Priyanka Karki is a prominent actress in the Nepali music scene. She also started her career as a model. In 2005, she garnered the award of Miss Teen Nepal. She has appeared on a number of movies like “Chakka Panja”, “Purano Dunga”, “Jholay”, “Nai Nabhannu La 2”, “Shatru Gatay”, “Kohalpur Express”, etc.