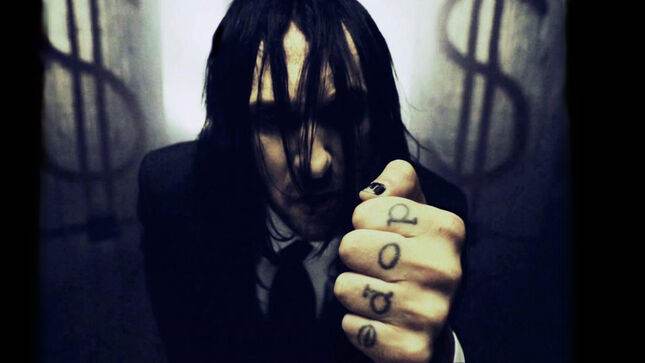 With just over four weeks until the release of Blood Money Part Zer0, New York City electro metal heads Dope are releasing another piece of new music from their upcoming seventh studio album. “Dive” is the sixth track from the band’s upcoming album of twelve all new songs scheduled for release on February 24.

“Dive” showcases the sound that catapulted Dope to massive global appeal and garnered them a loyal legion of fans that continue to make Dope one of the top streaming artists of the genre. The new song is available via all streaming services and a visualizer for the new single can be found below. “I’m really pleased with how the fans are reacting to the new album!” exclaims Dope mastermind Edsel Dope. “If you haven’t done it already, go to www.dopeetheband.com and sign up to receive the new album for FREE! See you all on tour next month!” Recently, Dope announced the track listing and album cover for the upcoming album, Blood Money Part Zer0. The band has already released the songs: “Believe (Feat. Drama Club),” “Fuck It Up,” “No Respect,” “Best Of Me” featuring UFC superstar Juliana “Killer” Miller and most recently “Misery” featuring the Hellzapoppin Circus Sideshow performing stunts from their macabre sideshow.