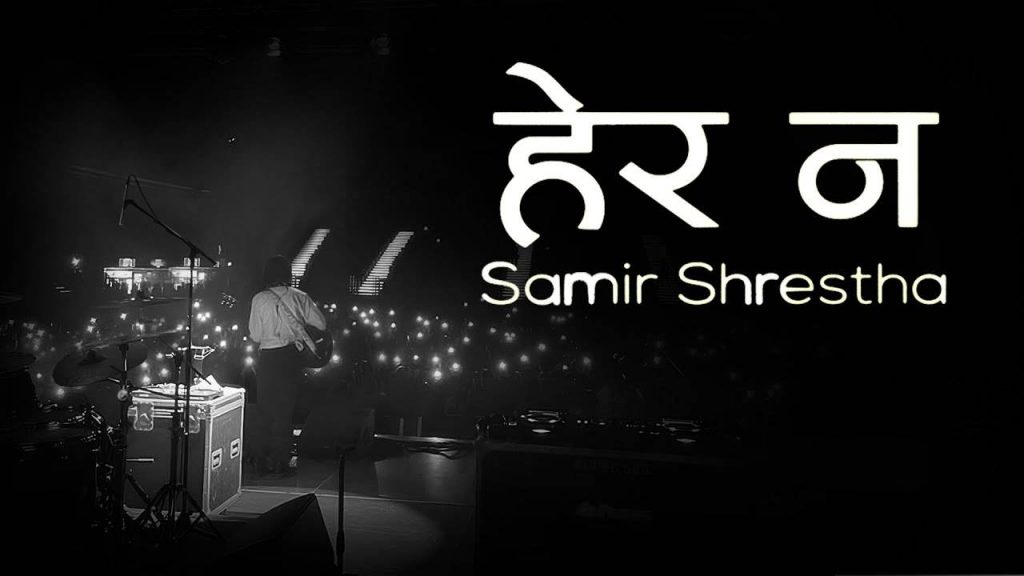 Samir Shrestha’s latest release ‘Hera Na’ has crossed over 2m views on YouTube 90k likes on the official lyrical video in just 2 weeks of it’s release and is on trending no.1 on YouTube.

Samir Shrestha wrote, composed, and performed the song. Foseal produced it, and Nepsek recorded it. The song has received many favorable reviews and is currently the second most popular music video on YouTube. Samir Shrestha specializes in singing love songs. He says he enjoys them. He acquired a liking for love songs above all others as a result of idolizing singers like Bipul Chhetri and Sajjan Raj Vaidya as a child. He would download songs, put them on his phone, and play them repeatedly. He asserts that he even made an attempt to imitate the popular Nepalese singer Vaidya. As a little youngster in Budanilakantha, Kathmandu, Samir Shrestha started singing songs. Lets give a listen to Samir’s another masterpiece ‘Thamana Haat’ here;