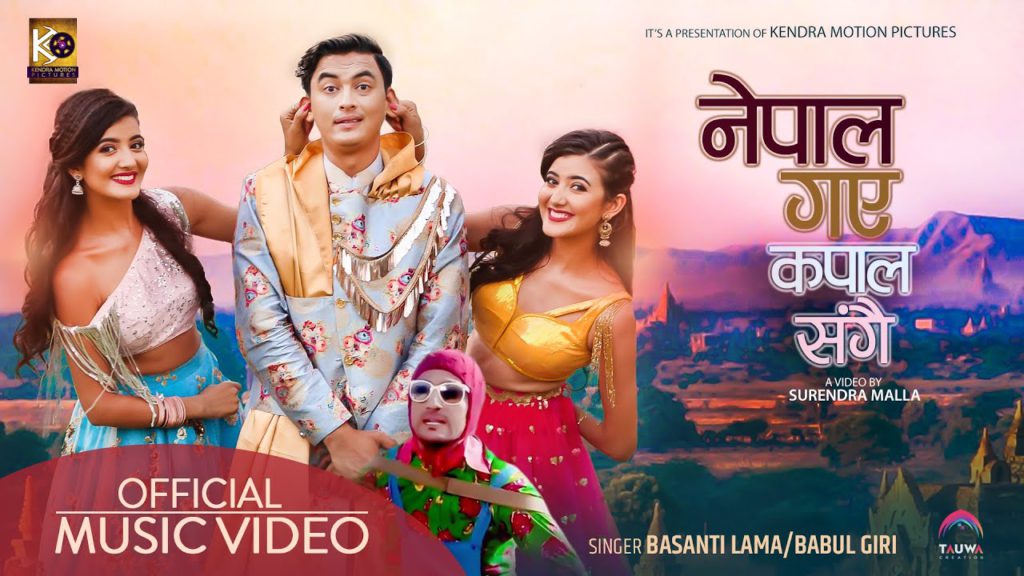 Babul Giri has worked on a new song called “Nepal Gaye Kapal Sangai”. The song released on November 17, has lyrics, composition and arrangement of Giri. Similarly, the song has the vocals of Basanti Lama and Giri. Sajan Shah has done the recording and the mixing of the song.

Likewise, in the music video, we can see Paul Shah and the famous TikTok twins Prisma Khatiwada and Princy Khatiwada. Chakra B. Baral is the cinematographer whereas Gamvir Bista is the choreographer of the video. Similarly, Surendra Malla has provided the concept and directed it.

Paul Shah is a Nepalese model and actor who has worked on more than 200 music videos before entering the Nepalese movies industry. Shah got his break in movies through the fourth edition of “Nai Nabhannu La”, which was a commercial success. He then later worked on “Ma Yesto Geet Gauchhu”, “Johnny Gentleman” and “Satru Gate”.

Similarly, Princy and Prisma Khatiwada emerged from TikTok videos. Now, they have worked on a number of songs. A few songs that featured the twins are “Hunchha Khosakhos”, “Baja Bajaudai”, “Maya Garchhu Hai”, “Ranabhul”, etc.