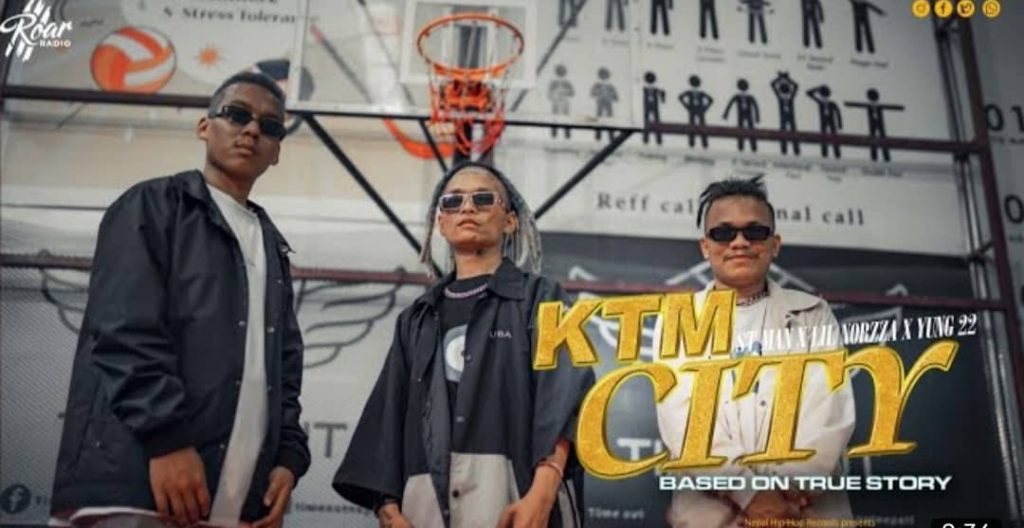 KTM City by St Man x Lil Norzza x Yung 22 has reached 409k views on YouTube just  after 12 days of it’s release and is now on trending no 7 for YouTube music in Nepal.

Presented by Nepali HipHop Records, ktm city anthem is claimed to be based on a true story. The concept of the song is conceptualized by Thewisemonk and is produced by Bomjan Dai. The beats and mixing/mastering of the song is done by Bojan Dai and Eq Beatz. The direction of the official music video is done by Bijesh Bajracharya and camera work is done by Futmuthemaker and Bijes Bajracharya. The song talks about the  dark reality of Kathmandu and talks about how the artists left everything and everyone to come to this city and make their name. The reality of Kathmandu is amazingly potrayed by the artists and can be relatable to a lot of people.  The music video is 9 minutes long with some non musical clips included in the song. The official music video already has 27k likes and 409k  in just 12 days so we can assume the road to millions is almost there.