Riffolution By Beer N Cheers~ Special Performances by Shree 3, Jai Faak And Animals - Nepali E-Chords
X
Back to the top 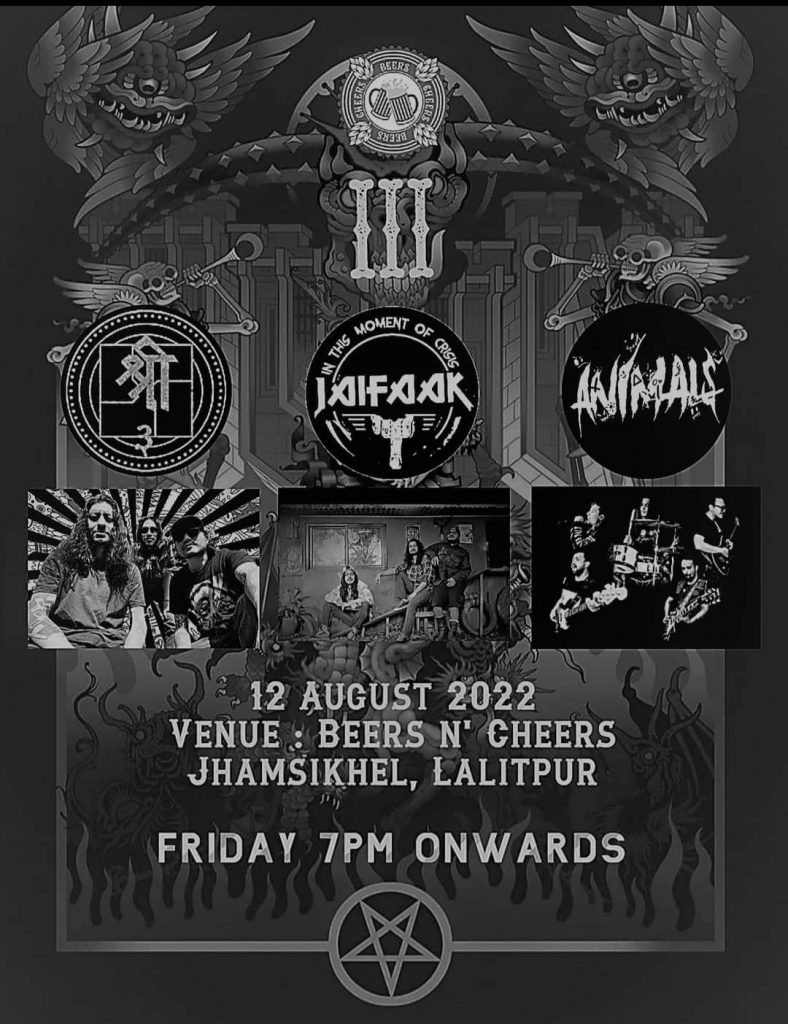 Riffolution night is happening at Beers N Cheers, Jhamsikhel, this August 12 Friday. There will be special performances from bands ,Shree 3, Jai Faak and Animals. 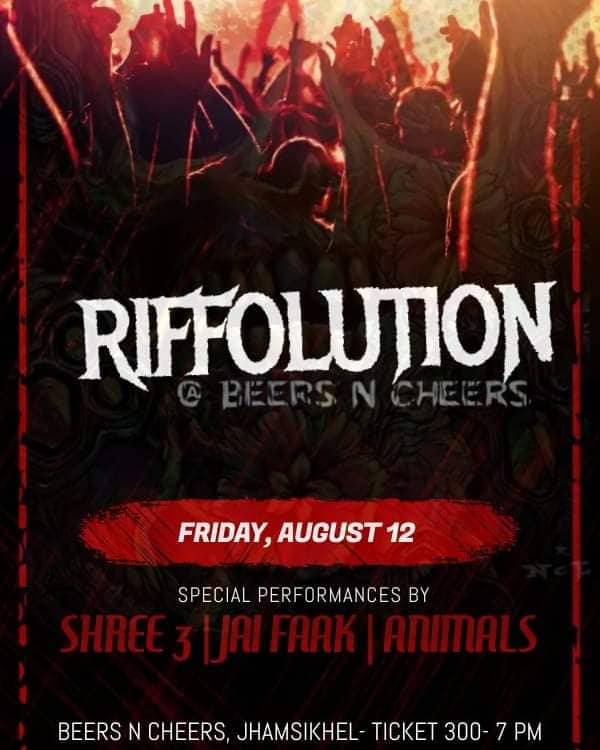 Sarad Shrestha, a well-known name in the Nepali music business, founded Shree 3 in Kathmandu. Despite the band’s establishment in July 2016, all three of its members have extensive musical experience from a variety of projects and musical careers. Shree 3 was created out of a love for all types of rock music, from heavy sludgy grooves to heavy funk, stoner, and grunge. With Suyash Rajbhandari serving as the band manager, Shree 3 is made up of Sarad Shrestha on vocals and guitars, Rozet Gurung on bass, and Robin Neupane on drums. While Rozet Gurung is a member of the group Childwife & Nude Terror, Sarad Shrestha and Robin Neupane are both members of the group Tumbleweed Inc., which is well-known in both the mainstream and underground music scenes of Nepal.

Jai Faak, a young band from Nepal, published their first EP, “Bhaihalcha Nii,” in an uncompromising manner. The band has been working with a positive attitude and no complaints, whether it is recording during a rigorous lockdown or not receiving any shows during the pandemic. Samrat Manandhar plays the drums, Ekalavya plays the bass, and Dipesh Jung Gurung plays the guitar and sings.