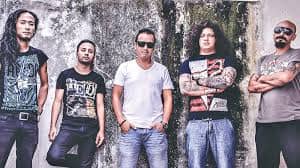 Cobweb is celebrating it’s 30 years as one of the most successful rock band of Nepal. The band is performing live at Dubai and Abu Dhabi this 6th August and 7th August respectively. 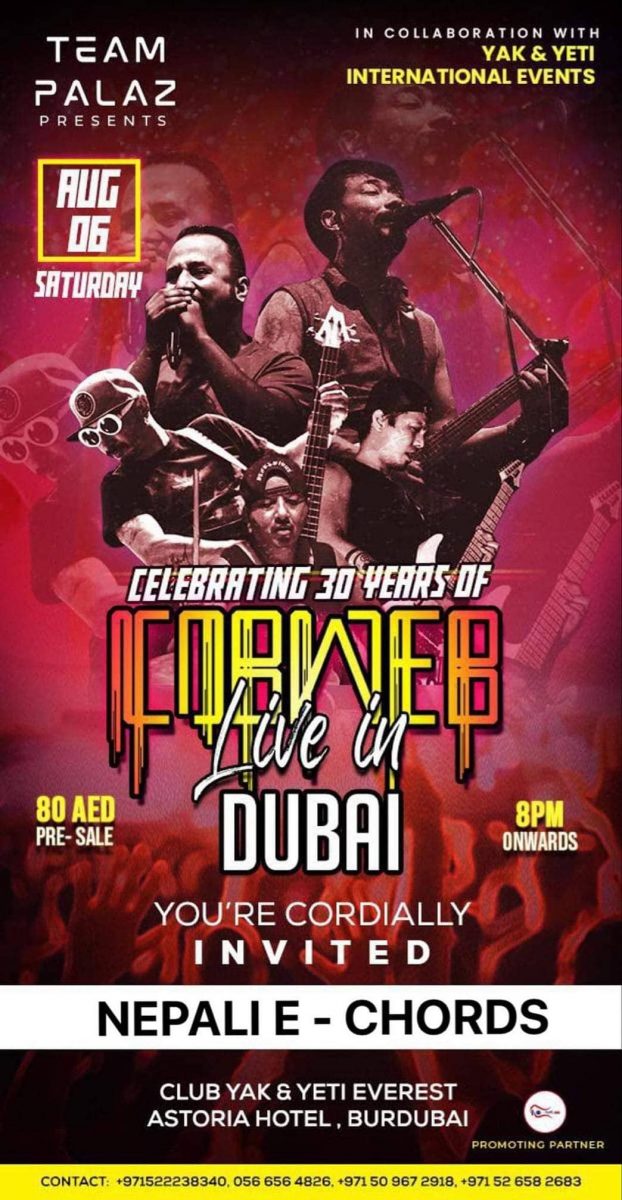 Cobweb is a Nepalese hard rock band from Patan. The band was formed in 1993 by a group of school friends in Patan, and their first album, “Anjaan,” was released in 1993. The first album was not a commercial success. The second album, Cobweb, was well received, with songs like “Maryo ni Maryo” paving the way for Nepalese rock to enter the mainstream. In the modern Nepalese music industry, the band is regarded as a trend setter.

With the release of the album Anjaan in 1993, the band was formed. The album and its music video were not well received by Nepalese society, who cited inappropriate attire such as long hair and men wearing earrings, which were not common in the 1990s. The second and subsequent albums, on the other hand, became popular among teenagers. Their first video, Maryo ni Maryo, which became popular among young people, was broadcast on Image Channel by Nepal Television. Cobweb’s album artwork was typical of Western heavy metal. The promotion strategy, however, was similar to Aadhunik geet, with descriptions such as ‘devoted musicians out to conquer your heart’ with ‘heart winning music.’
3 Facebook Twitter