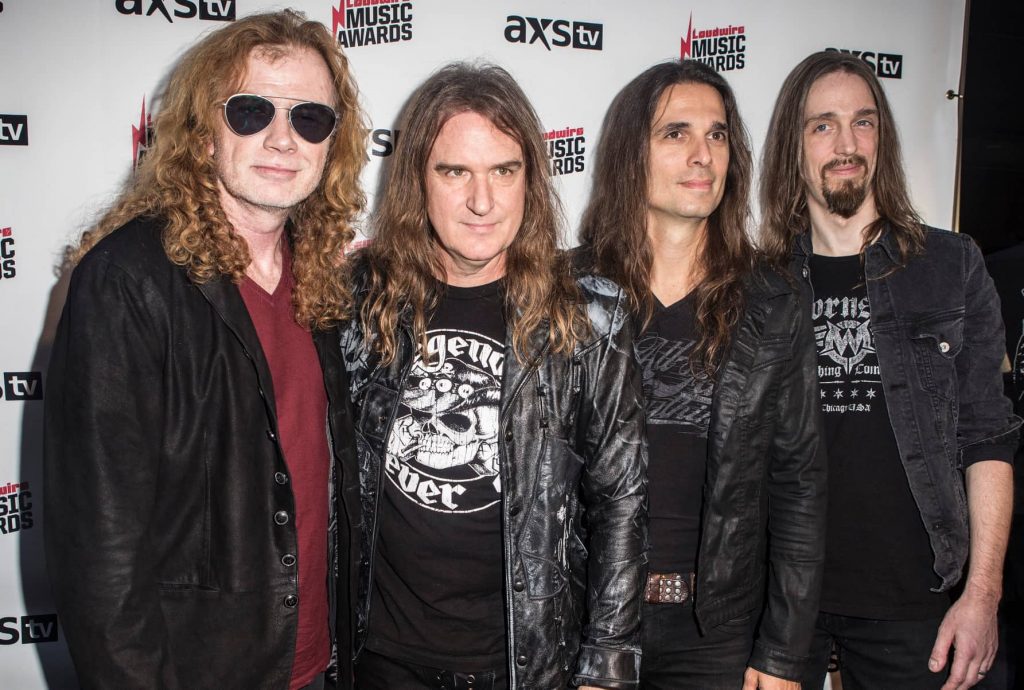 Megadeth will release a new album titled The Sick, the Dying … and the Dead! on Sept. 2. The LP’s first single, “We’ll Be Back,” is available now. You can watch the video for the song below. “For the first time in a long time, everything that we needed on this record is right in its place,” Dave Mustaine said in a press release. “I can’t wait for the public to get hold of this!” The Sick, the Dying … and the Dead! will be available on CD, vinyl and cassette, as well as digitally. A limited-deluxe edition of the album is also available on vinyl with a lyrics and credits insert, a lenticular vinyl lithograph and a bonus 7-inch featuring “We’ll Be Back” with the unreleased B-side “The Conjuring (Live). You can see the track listing for the album below. Recorded at Mustaine’s home studio in Nashville, The Sick, the Dying … and the Dead! marks the band’s first album since 2016’s Dystopia. Megadeth guitarist Kiko Loureiro and drummer Dirk Verbeuren are on the record, but bassist Steve DiGiorgio stepped in for the sessions. James LoMenzo will continue to serve as the band’s official bass player on tour. Former bassist David Ellefson parted from the band in 2021 following a cybersex scandal.