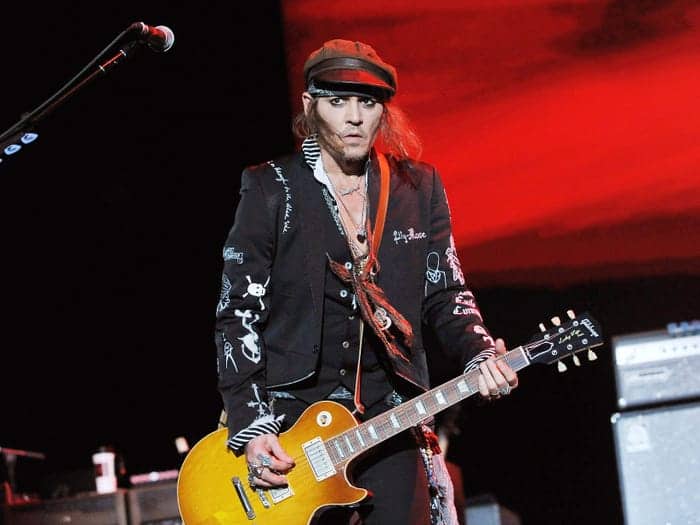 Johnny Depp is determined to restart his career, beginning with music, now that the Amber Heard defamation trial is over. Depp’s first love is music, even though he has spent the majority of his career acting. In reality, the “Pirates of the Caribbean” star quit school at 15 in order to pursue a career in rock and roll, as CBS News reported back in 2011. Depp eventually achieved popularity, though, after making the switch to acting. He can thank Nicholas Cage for that. By 1983, he was “essentially an unemployed musician,” as he admitted to Oprah Winfrey in 2004, and he started looking for work. Nick thought I should be an actor, so he suggested I talk to his agent, he said. Johnny Depp fans (those who truly appreciate the music, that is) were overjoyed in 2015 when the actor, alongside Alice Cooper and Joe Perry founded The Hollywood Vampires (per Classic Rock). Today, Tommy Henriksen is also a member, and the band has featured many legendary rockstars in their performances. Notably, as reported by Rolling Stone in 2015, even Paul McCartney has been involved.

Unfortunately for fans, in the wake of COVID-19 regulations across the globe, many of the band’s tours have needed to be rescheduled and even cancelled over the past two years. March 2021 saw them share a statement via their website that they were “beyond disappointed” that they’d opted to cancel their European tour initially pegged for the summer. However, accompanying the sad news was a firm promise: “we WILL be back rocking with you once the world returns to normal!” Well, with the world finally re-opening, they’ve just made good on that. Taking to Twitter, The Hollywood Vampires shared that everything is finally on track for them to tour once again. “We’re coming to Germany and Luxembourg Summer 2023!” they wrote. The band also urged their fans to “keep an eye out for more to come,” hinting that maybe, just maybe, they’ll add more cities and dates in the coming weeks