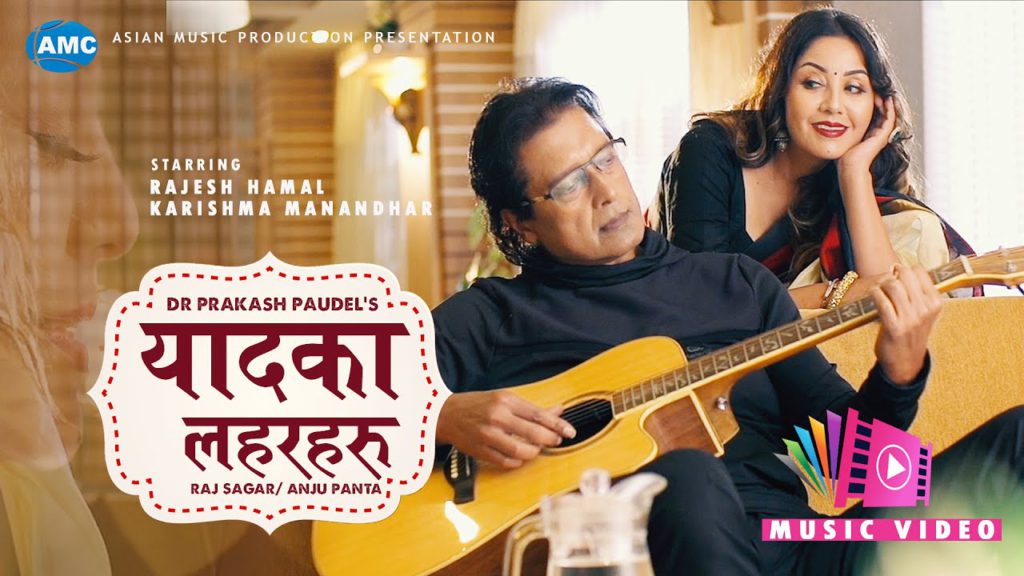 The legendary Nepali actors’ duo Rajesh Hamal and Karishma Manandhar are seen together in a music video. Anju Panta has lent her voice for the song “Yaad Ka Lahar Haru” for which Dr Prakash Paudel has penned the lyrics. Similarly, Raj Sagar has composed the music whereas Gopal Rasaily has arranged it.

This is not the first time that the legendary duo has appeared together in a music video. In 2019, the song “Chatta Basam Deurali Ma” featured them. Likewise, “Ujad Mero” released five years ago, also features them.