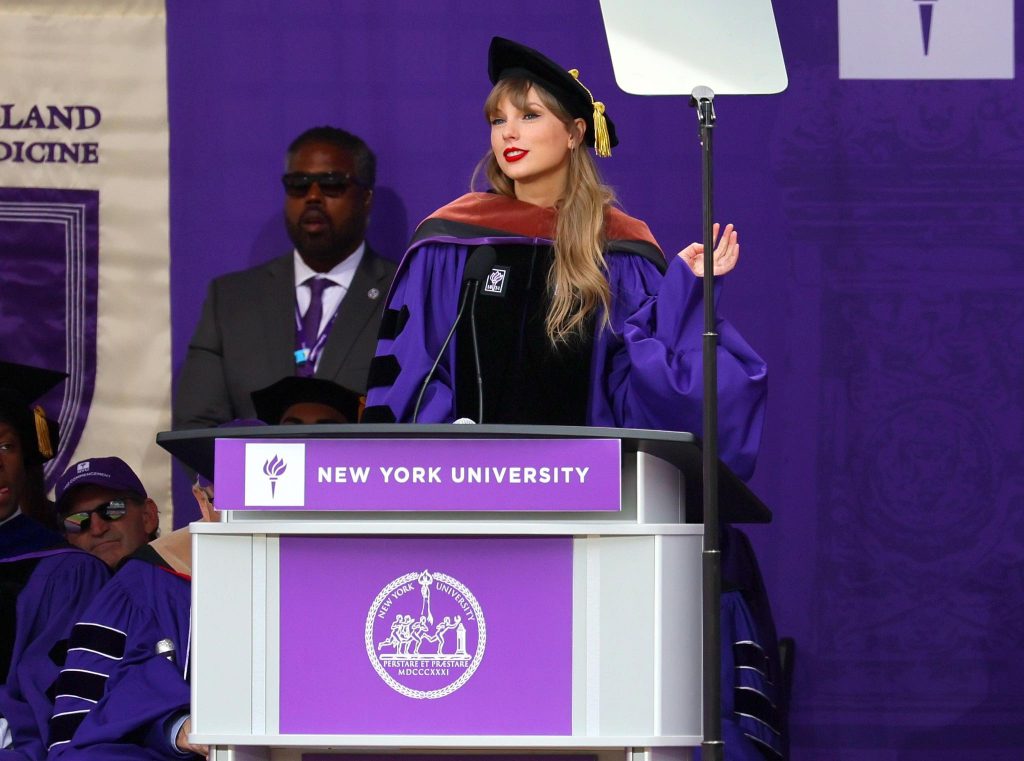 ‘New York (University) has been anticipating your arrival (Taylor Swift)’. 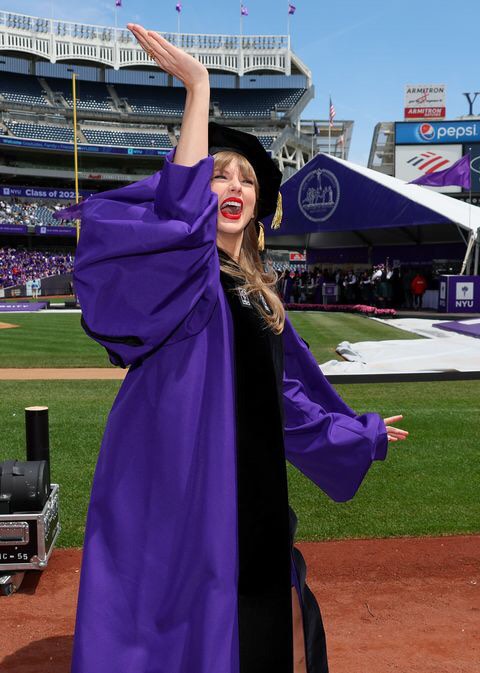 On Wednesday, the 11-time Grammy winner gave a commencement speech to NYU graduates and was awarded an honorary degree at Yankee Stadium. Swift blew kisses and waved as she walked to the stage with other honorary doctorates, to a standing ovation from the crowd. “Hello, my name is Taylor,” she introduced herself to the gathering after obtaining her honorary degree. “I was dancing in heels and a sparkling leotard the last time I was at a stadium this huge.” This clothing is a lot more relaxed.

She went on to joke about why she was most likely chosen for the award this year by NYU. “I’m 90% sure I’m here because I have a song called ’22,'” she joked, adding that she was thrilled to be there to honor the graduating class. Swifties went crazy when the pop musician was named as a degree recipient and speaker in March. According to NBC New York, many NYU students bartered for seats to the event and offered money in exchange for a ticket to graduation.