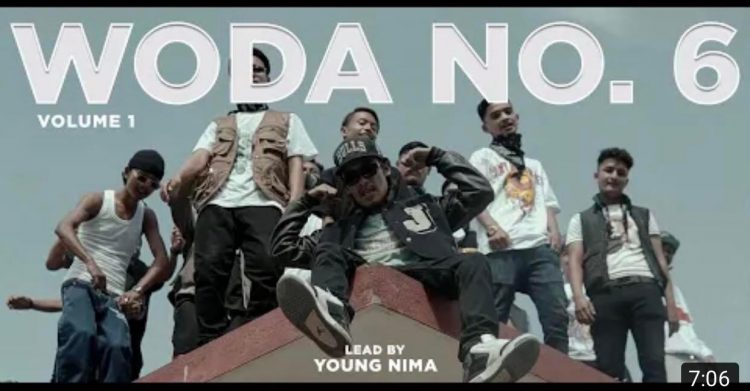 Woda NO. 6 will be uploaded into 3 volume division, on which Woda No.6 vol 1 and Woda No.6 vol 2 have already been released. There are 5 leaders for all the three volumes altogether. Young Lama has led Vol.1 of the track, Waiba Buddha and Rayson LG have led the volume 2 of Woda No.6 and DXNG and Bikey Lama will be leading the volume 3 of the rap track.

Woda no.6 brings 49 rappers from 6 biggest project ever done by Woda. The peojrct is started by the team to give a message of power of unity. The video of the track is directed by Waiba Buddha, Rayson LG ,DXGN and Bikey Lama and the mastsering of the track is done by O2ML. Here we present the vol 1 and 2 of Woda no.6;