The much needed reality show, Band Champion Nepal is being aired on Ap1 television from 9PM-10PM every Saturday.
Posted On January 17, 2022In News 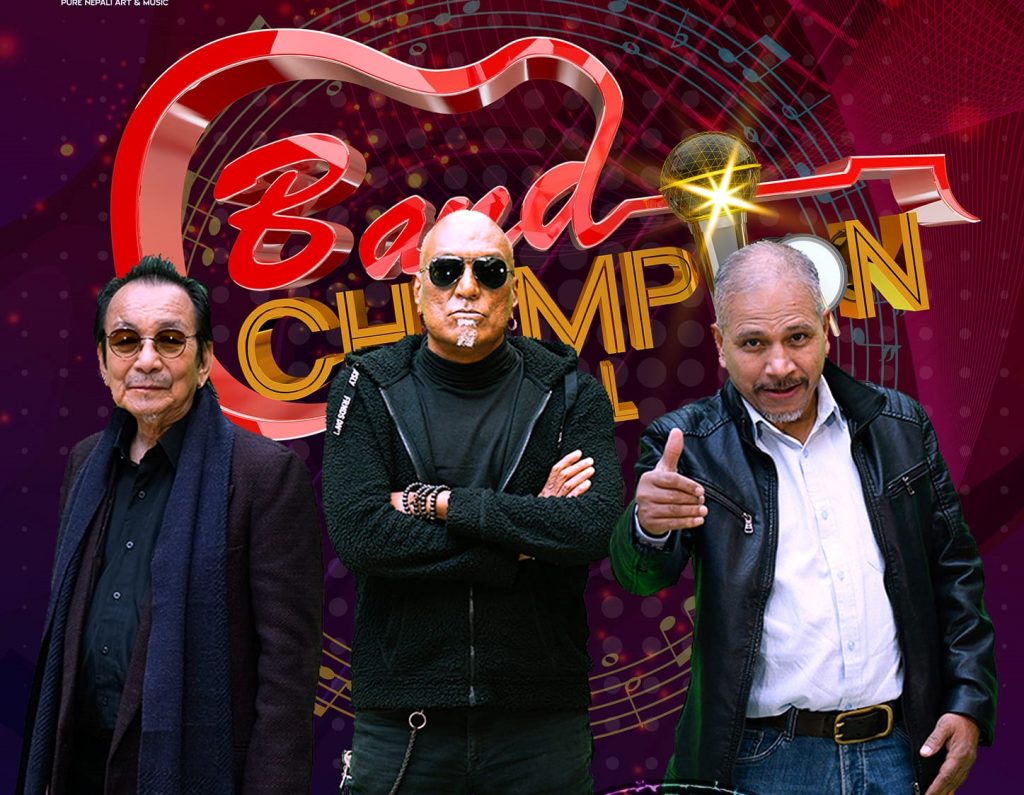 The much-needed reality show, Band Champion Nepal is being aired on Ap1 television from 9 PM-10 PM every Saturday. This is the first reality show of Nepal to judge a group of musicians together as normally solo judgment kind of thing is common here. Great initiative, providing a band all around the country a platform to showcase their talent.

The 200 groups of bands from all around the country were the part of audition round for Band Championship Nepal. Among which 70 were selected for the judge round. After the judge round, 29 sets of bands are all ready to compete with each other.

The participants are judged by the talented array of musicians and singers like  Drummer Dev Rana, vocalist Robin Tamang, and guitarist Jyoti Ghimire. Similarly, Megha Shrestha is a host of the show.